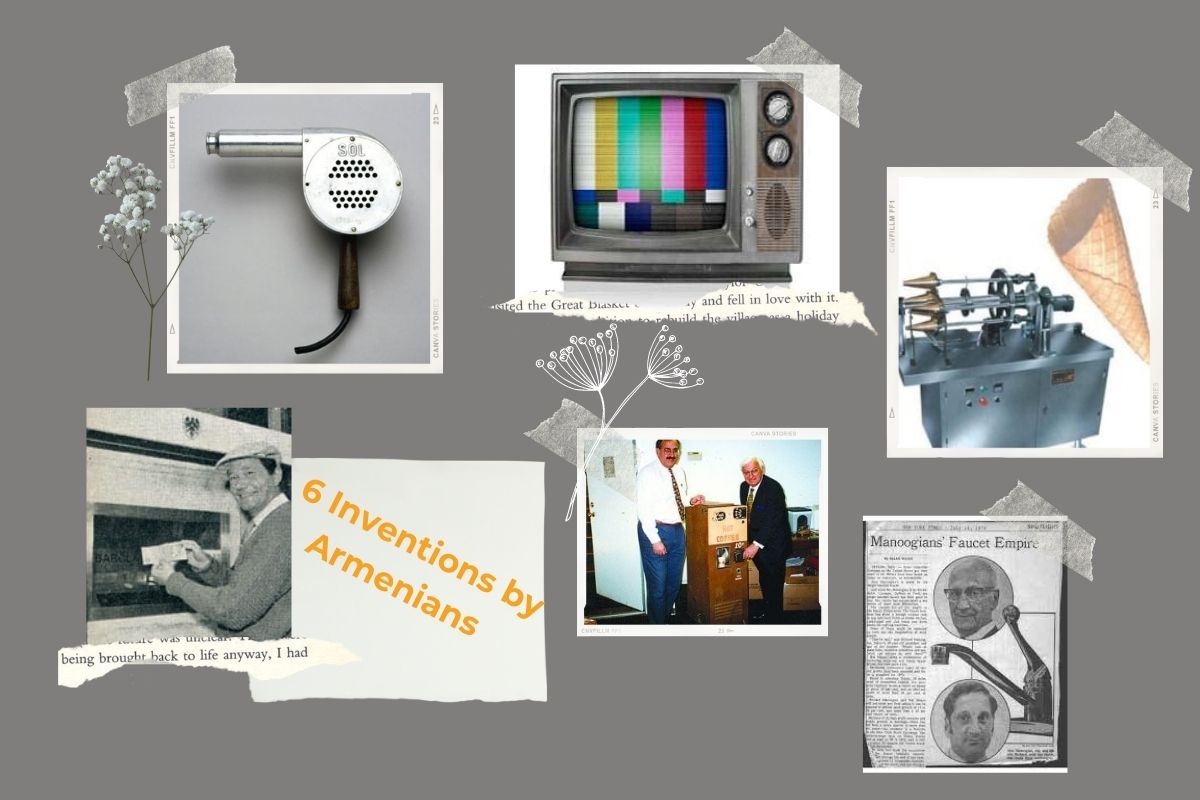 Throughout its development, the world has seen many inventions. While they aim to facilitate people’s lives, not many of them can be experienced on daily basis. On the other hand, a few of them constantly appear in our everyday lives, making them easier and more pleasant. On the World Inventors’ Day, we are here to highlight six inventions that we encounter each and every day but hardly ever knew that they were invented either by Armenians or with their strong involvement. Ready? 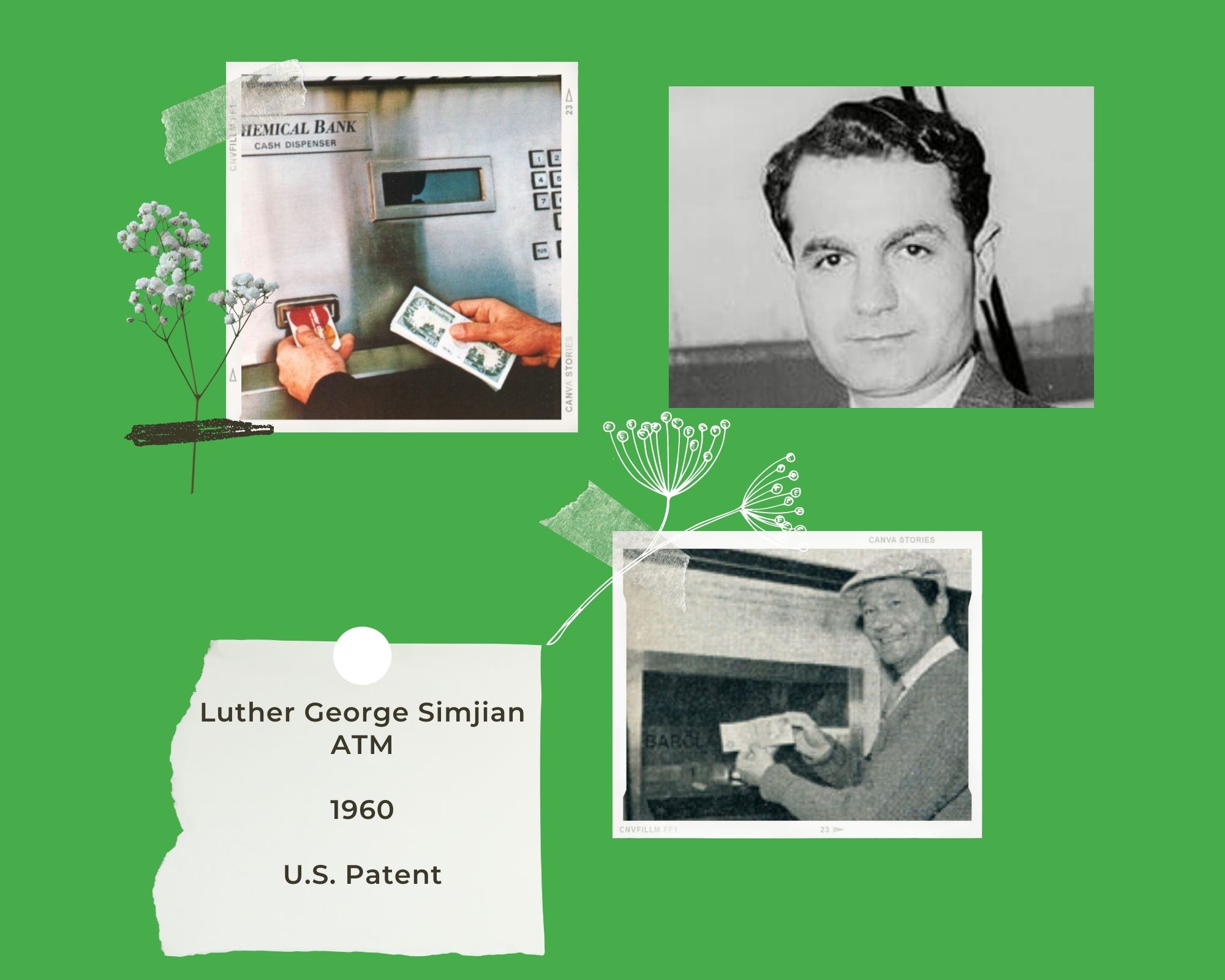 Before 1960s, people used to carry cash with them or withdraw money only by going to the banks. Things would remain much the same if earlier, in the mid 1930s, an Armenian-American inventor Luther George Simjian hadn’t come up with the idea to create “a hole-in-the wall machine” where people could take out money. Transforming his idea into an action, he built the first functioning ATM in 1939. However, it was put into function in the early 1960s only by the City Bank of New York as a bankograph. Now it’s due to this “hole” that we are able to take out money from any corner of the street. 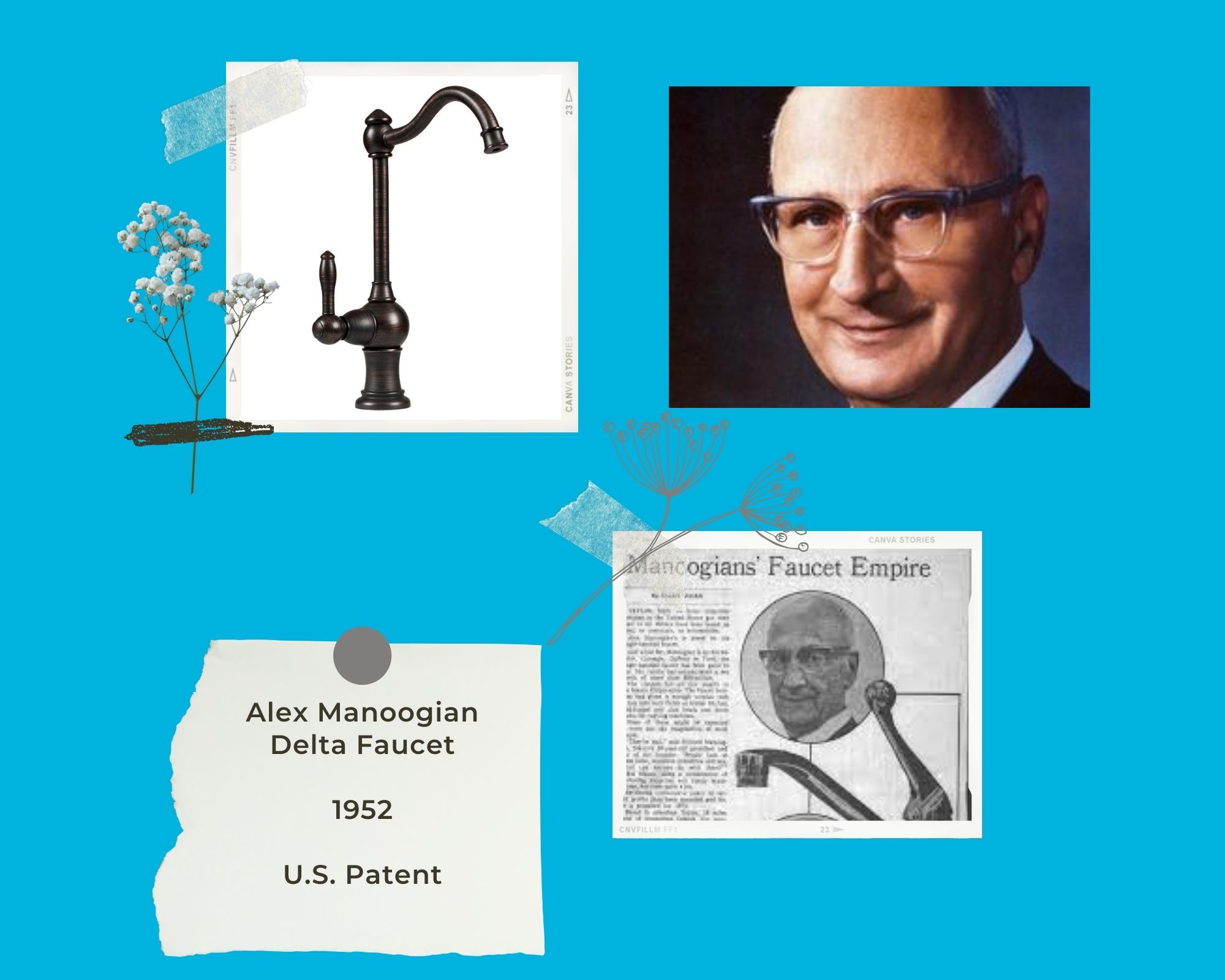 It’s amazing that in the kitchen or bathroom a single faucet pours hot and cold water, isn’t it? This magic device called delta faucet was invented in 1952. The story was as follows: Alex Manoogian, the founder of Delta Faucet Company, met an inventor who designed a one-handled faucet. The latter leaked while mixing hot and cold waters, but Manoogian immediately saw potential. Buying the prototype with its rights, Manoogian improved the faucet and soon it appeared in the market, facilitating many people’s lives. As part of its natural development, in 2019 Delta introduced its smart faucet, responding voice commands via Amazon Alexa or Google Assistant. But now you know where its roots go back to. 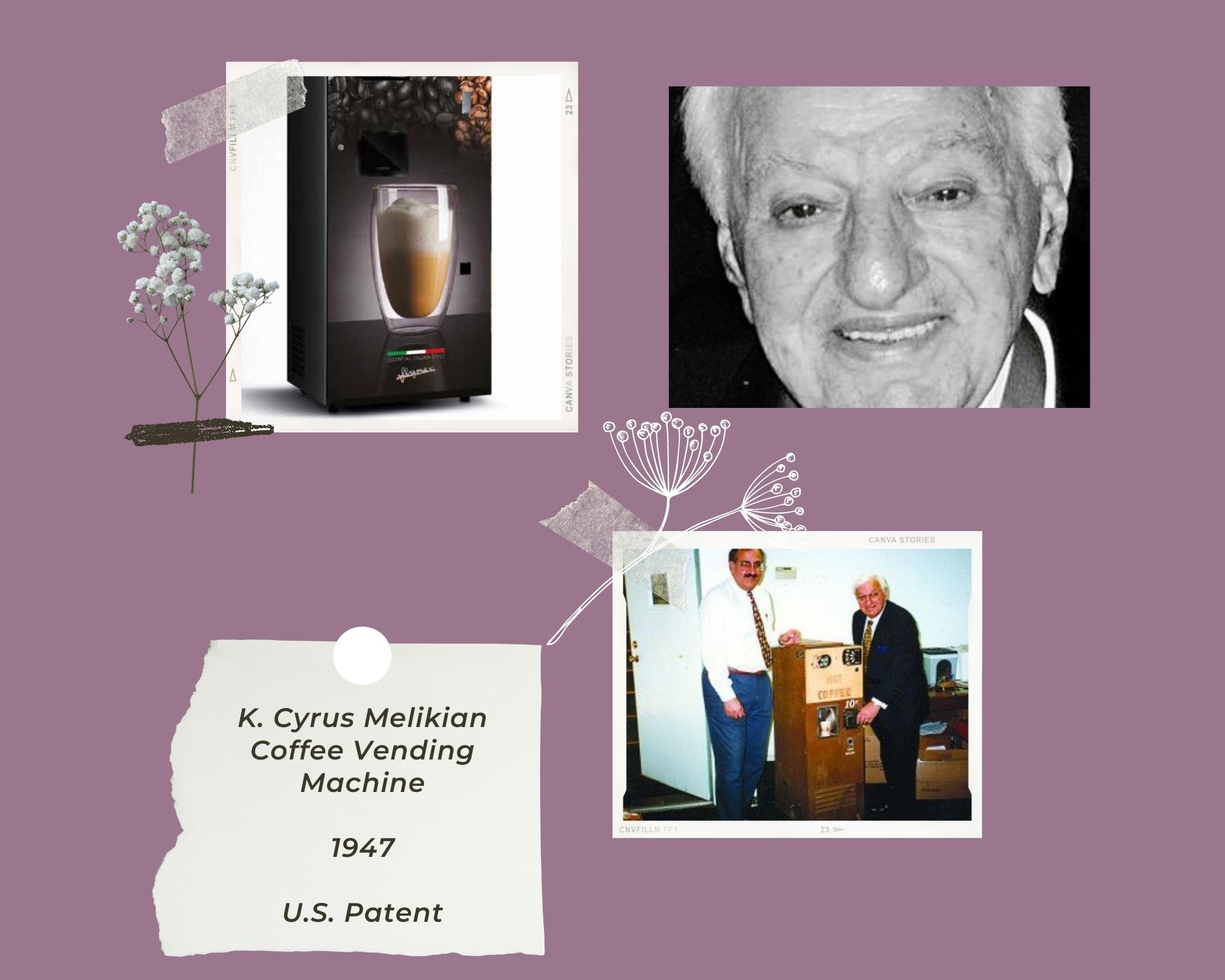 Modern coffee vending machines provide us with hot and cold beverages where we can even add condiments, such as cream and sugar. They help us enjoy quick coffee when we are cold, in a hurry, or simply want to relish the bliss of the moment. But back in 1947, when the Rudd-Melikian company co-founded by K. Cyrus Melikian and Lloyd K. Rudd — army friends from the Second World War — created the first coffee vending machine, it was only able to mix hot water with instant coffee and pour it into a paper cup within five seconds. Now we have something advanced! 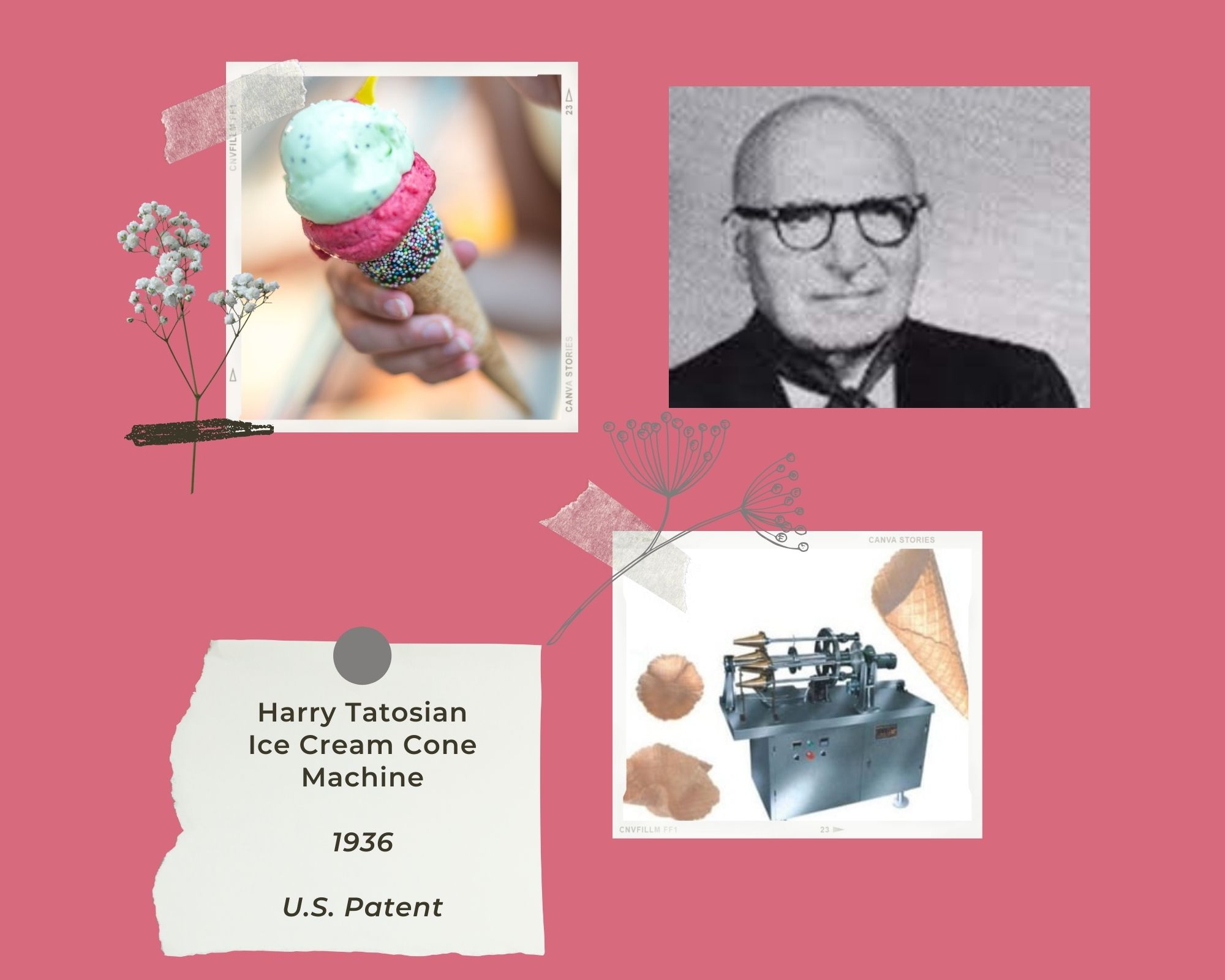 Coffee without an ice cream sounds a bad idea, right? But did you know that the ice cream cone itself didn’t exist before early 1930s? People used to buy ice cream in paper cups only. The “legend” says that the idea of ice-cream cone is just the outcome of a quick solution to a problem. Serving portions to many customers, there were more of them and no paper cups left to put ice cream in it. So, the shop assistant had to roll a paper and put an ice cream ball above. When ice cream cones gradually appeared in the market, they were tasty and demanded but very difficult to roll. Accordingly, in 1936 Harry Tatosian invented an ice cream cone rolling machine to facilitate the process. 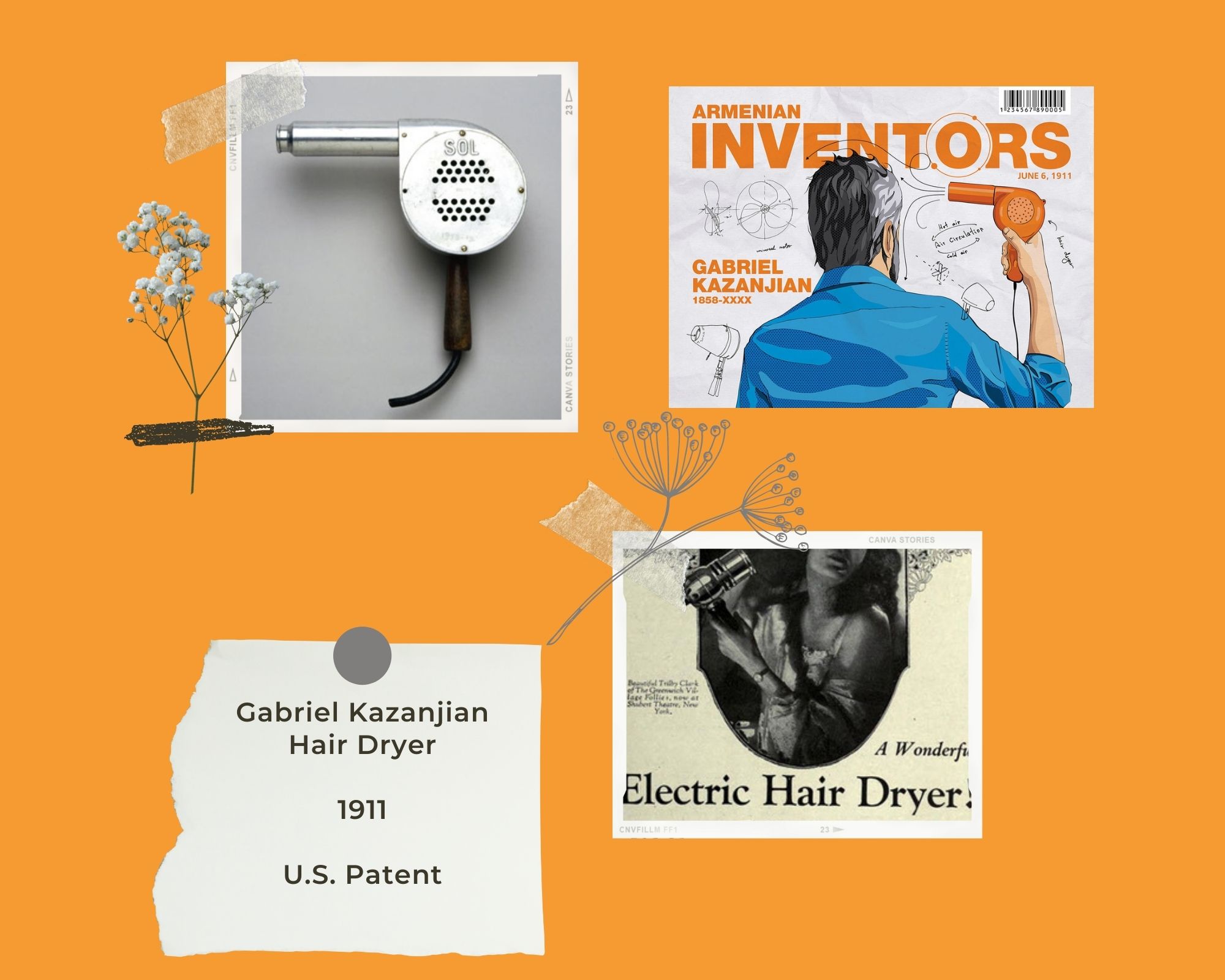 Though the first hand-held hair dryer was invented by a French stylist Alexander Godefroy in 1890, Armenian American inventor Gabriel Kazanjian was the first to patent a blow dryer in the United States in 1911. Nine years later, around the 1920s, hand-held hairdryers became part of the U.S. market. However, made of metal, they were very heavy to use (around 2 pounds) and capable of using 100 watts only (the average dryer today can use up to 2000 watts of heat) which took a lot of time to dry hair. There were also quite many instances of overheating and electrocution. However, from its inception, over a century, the dryers got into the process of advancement and now we have what we have. 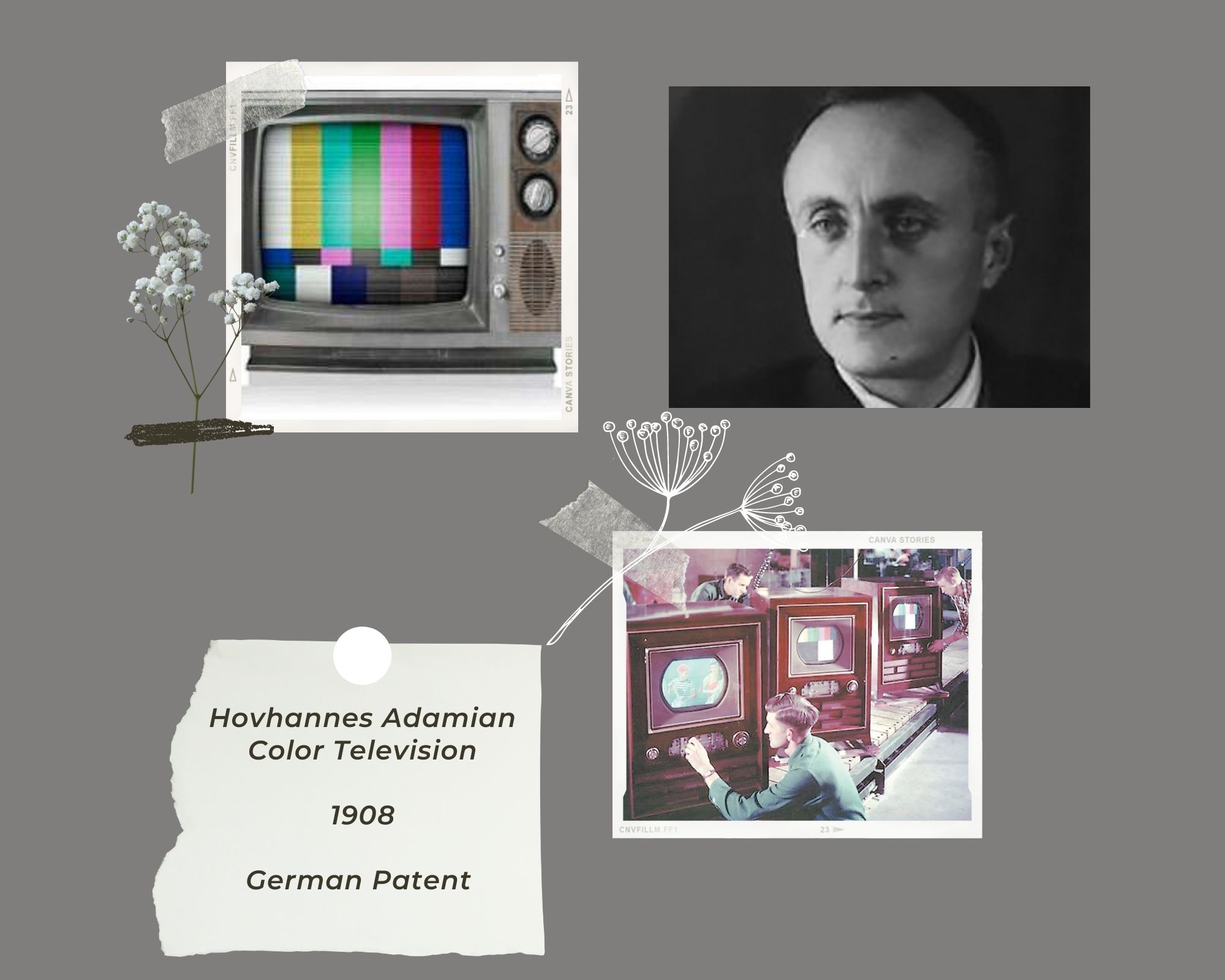 Did you know that children who used to watch black and white TV are more likely to dream in grayscale than the ones exposed to color media? Can we say that the invention of a color television not only improved the aesthetics of enjoying a film, but also contributed to the “quality” of our dreams. Then we should thank an Armenian inventor Hovahnnes Adamian who first introduced the idea of color television based on three colors and soon in 1908 got a German patent for it.