7 Reasons To Volunteer in Armenia 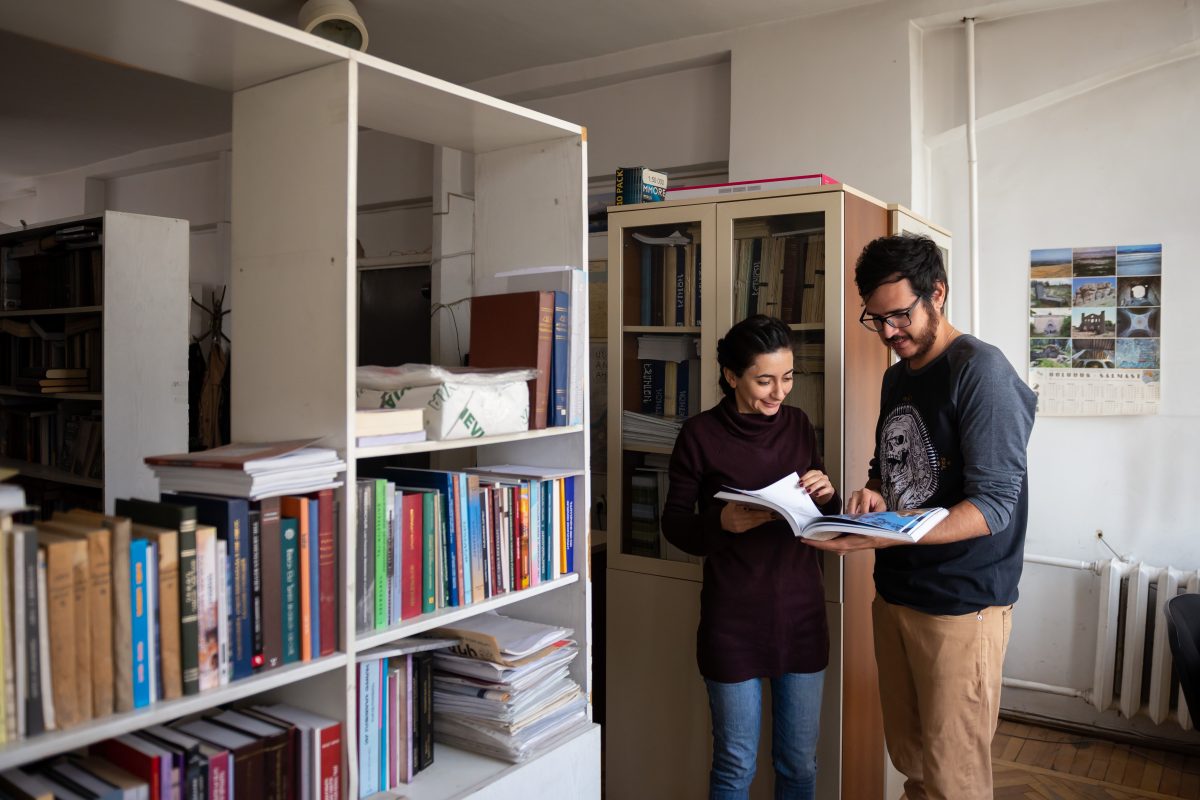 Are you bored of the same daily routine? You wake up, go to work and after a long work day you come back home, eat something and sleep. The same is repeated the next day, the day after and so on. You know you need to break your routine; but what to do? Where to go? You can maybe take a vacation, go to a fancy resort and lay down on an exotic beach, but isn’t that too mainstream nowadays? If you ask us, volunteering abroad is what you should do! It not only gives you the chance to try different things outside of your main scope, but you also get the chance to discover a new culture, learn a new language, make friends from all around the world and come back home with a great feeling of satisfaction that nothing else would otherwise give you. And if you’re looking for a country to volunteer at which is off the beaten path, but also has thousands-of-years worth of history and traditions, Armenia is where you should head to next! Armenia has so much to offer; from a rich culture to beautiful nature and breathtaking landscapes. Here are seven reasons why you should volunteer in Armenia.

Being the first country to adopt Christianity as its official religion in 301, Armenia is rich with medieval monasteries, which are scattered all around the country: in forests, on the top of hills, on the slopes of mountains, in villages and cities. Many of these medieval monasteries are listed in the UNESCO world heritage sites. One of these is the fourth-century Geghard Monastery, which is partially carved out of the mountain! Armenia is also home to Garni, a pagan temple dating back to the first century AD and many more fascinating sites one has to see. While volunteering in Armenia, you can also develop your artistic skills by learning how to play the duduk – one of the most famous Armenian traditional instruments – and dance Kochari, a traditional Armenian dance which is also listed in UNESCO’s List of the Intangible Cultural Heritage.

Hungry for adventures? The mountainous country, rich with natural, historical and cultural landscapes has a lot to offer to the adventurous traveler. Armenia has seven main landscape types including desert, semi-desert, steppe, woodland, alpine zones and more. From beautiful Lake Sevan – known for its boundless beauty – to the Dilijan National Park – which we also call the Armenian Switzerland – there’s a lot you can explore in Armenia. If you are looking for some picturesque weekend hikes after a long week of work, then you’re in the right place! Because of the country’s small size, hiking trails are just a couple of hours ride away from the capital city Yerevan, so it’s always very easy and convenient to get anywhere and replace the capital’s busy life with a relaxing view of the Armenian highland.

Armenian cuisine is the result of the thousands-of-years’ worth of history the country carries. It is considered to be one of the oldest cuisines in Asia and Transcaucasia and is a great example of how history can influence the culinary traditions of a country. Thanks to the use of a wide variety of spices and herbs, Armenian dishes are very diverse and delicious! The Armenian culinary traditions are so rich, lavash, the Armenian national flatbread has made its way to the UNESCO Intangible Cultural Heritage List. Some of the most famous Armenian dishes include Dolma (stuffed vegetables), Khorovats (Armenian barbecue), Mante (Armenian dumplings), Harissa (porridge of wheat and chicken), Ghapama (stuffed pumpkin) and Khash (soup with cow hooves). Armenia is also known for its great variety of fresh and organic fruits in the summer and autumn seasons. By the way, did we tell you Armenia has the best apricots in the world? There’s a reason the scientific name of the fruit is prunus armeniaca. So when in Armenia make sure to try out the delicious fruits, berries, and vegetables.

Armenians are known for their warmth and hospitality. There is even an old Armenian saying, “A guest is a gift from God.” The locals may invite you to their homes and treat you to a variety of goodies, just because they want to make foreigners feel at home. The Armenian Volunteer Corps gives all volunteers the option to stay with a host family, so you better choose this option 😉  We promise you will truly immerse in the local culture while having an authentic Armenian experience. Just don’t be surprised if your host mother tries to stuff you with all kinds of Armenian food no matter how full you are… that’s just how Armenians are!

While some people might think living in a small country is a negative thing, we don’t share that opinion. Because of its small scale, you are able to better feel the difference you’re making in the country and instantly feel the great scale of your impact. The country is rapidly developing so you get a great feeling of satisfaction by contributing to its development with your skills and knowledge.

Armenia has a lot to offer to extreme enthusiasts! Want to feel the adrenaline rush in your veins? Try zip-lining or rock climbing over the astonishing Yenoqavan Mountains. You can also take a ride on the longest ropeway in the world, which gets you to the 9th century Tatev Monastery, standing on the edge of the deep gorge of the Vorotan River. Moreover, you can try out the Tsaghkador ropeway, where you can also ski and snowboard in the winter season.

Whether you are a film freak, a fan of good music, a wine enthusiast, a runner, or a coffeeholic, Armenia definitely has a festival or an event just for you! From the Golden Apricot Film Festival to the Areni Wine Festival, the annual Tea and Coffee Festival, the Yerevan Jazz days, the Raspberry Festival, the Yerevan Marathon and even the Sheep shearing festival (yes, that’s also a thing in Armenia), there’s always something fun to attend and enjoy! Also, we have to mention that most of these events happening in Armenia are free of charge, so what’s better than that? Free concert right on the street in the evening, after work? Yes, please!

Sounds exciting? If you’re up for the adventure of your lifetime, sign up at the AVC website and become a volunteer.  Armenia is waiting for you!