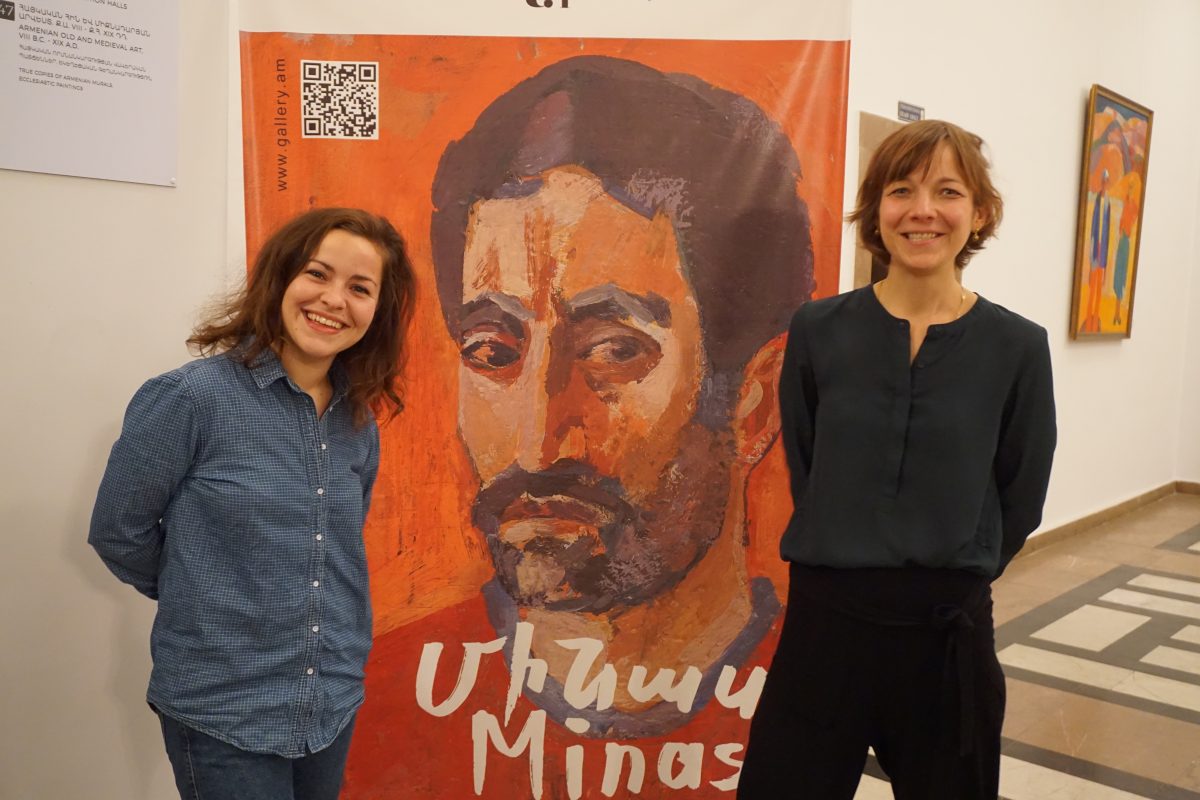 In the last recent years Armenia has been transforming into a significant center of technology and innovation. However, as any ancient country in the world, the art and culture scene is present and rich. It includes classical and contemporary kinds of art in several institutions and organizations.

For those passionate in art, take a look at places to work with:

Founded in 2012, the KulturDialog’s main objective is the promotion of contemporary Armenian Art, both in Armenia and abroad. The Foundation is primarily dedicated to the development of printmaking art, having one-third of its exhibitions focused in this area. They also hold operations in various areas of art and culture such as visual arts, photography, music, and cinema.

Their main and more ambitious project is the organization of the International Bienalle of Printed Arts in Yerevan. The organization started in 2017 with a great plurality of works from around the world. The 2019 edition had the participation of more than 200 artists from all over the world.

The KulturDialog has spread abroad as well, collaborating and promoting exhibitions in several other European cities such as Germany, Estonia, and France. The foundation has established a dialogue and cooperation with local institutions, always relying on the participation of various international and local artists.

You can choose to help the foundation as a volunteer or send your work to one of the several events and exhibitions they organize in Armenia and abroad.

In 1921, just one year after Armenia became a Republic of the Soviet Union, an art department was founded. The museum underwent some changes and was recognized as one of the best in the whole Soviet Union, much because of the Armenian Diaspora, which was largely a result of the Armenian Genocide perpetrated by the Ottoman Empire during the First World War. Numerous Armenians who were scattered around the world contributed to the museum’s collections.

Today’s collection contains precious paintings and sculptures from Armenian artists, and European and Russian artists as well. The collections come from the Medieval Age, Renaissance, Modern, and Contemporary eras. The Museum also has art from the Ancient Greek and Egyptian periods in its permanent collection.

The Museum is located in the famous and beautiful Hanrapetutyan Hraparak (Republic Square), in the same building as the History Museum of Armenia.

The National Gallery represents an important part of Armenian History, and is a great place to get to know the most acknowledged and significant pieces of art in Armenia. Its grandiosity and the many different departments you can contribute to makes it a unique place to work.

This NGO, created in 2007, focuses on combining art, academic research, and critical thought. Developing discussions, reflections and the exchange of information, in addition to events and exhibitions based on the most current practices in art and research are always occurring. Their projects seek to show and bring evidence to some of the principal issues over all the regions in Armenia and abroad. You can take a look at all their projects on their web site.

If you are an artist yourself, you can join at the ‘Art-Commune’ International Artist-in-Residence Program and take lead of a project. If interested, you can gain your residency in Armenia from 2 weeks to 12 months. Click here for more information.

This place is perfect for those who studied or have a passion for art and artistic expression. Or for anyone who considers that critical thinking is inherent to this kind of expression and work. If you want to connect it all with discovering the main issues of the people in Armenia and have a look at the real-life in Hayastan, we highly recommend ACSL!

The first Museum specialized in modern art in the Soviet World, established in 1972, is the MAMY. It received many notable figures and artists, being an important destination for tourists in the mentioned region. The MAMY collection assembles works from important contemporary and historical artists. Other works are acquired by donations from Diaspora Armenians, the same way as the National Gallery. The characteristics given to the Museum by its works and staff, its artists and authors are what makes the Museum have its own identity. Now and then, the Museum receives more works from new artists, both Armenians and foreigners. It is always looking to expand the collection of the Museum, bringing to the Armenian society the importance and the possibility to understand the modern and contemporary art.

Created in 1995, this program focuses on the development of creativity and intellectuality of young talents associated with art production between the ages of 9 to 25 years old. The center promotes classes in studios of journalism, photojournalism, filmmaking, and animation.

The Manana Center focuses on improving the artistic mindset, and the critical thinking of the youth. This helps them find their path into our society, by the creation of diverse projects within the mentioned studios, working with the main objective and tools of each.

This type of organization is perfect for those who want to work not only in some artistic institute, but related to education as well.

After realizing the need for an independent filmmaking organization in the recent Republic, Bars Media Studios was founded. Bars Media produces documentaries that present issues related to conflicts, local history and human rights both in Armenia and abroad. Besides doing documentaries, Bars Media also produces commercials for the private sector as they have a partnership with TV channels to produce TV shows. Their work in Armenia and other countries such as Kenya, Syria, and the US, is being recognized around the world and being broadcasted in several international corporations. If you want to tell a story through filmmaking or want to see the whole process of these productions, the Bars Media is waiting for you.

Golden Apricot, the Yerevan International Film Festival, began in 2004. Since then, it has been conquering importance and significance in Armenia, but also in the global film community. In spite of its few years of existence, the festival has received numerous honorable guests during these years.

The correlation between Armenian history and film production was established in the early years of the 20th century. Even in the 90s, when Armenia suffered from the end of the Soviet Union, Armenia-produced films attended other film festivals.

The festival name is a reference to one of the symbols of Armenia, the apricot, a native fruit in Armenia. However, the Golden Apricot intends to be a bridge of connection with different cultures, representing the existing diversity in humankind. In addition, Armenia is a strategically placed country putting the Festival in a historical location of crossroads that connected many different civilizations over the years. Of course, being part of this festival is a great responsibility but an amazing opportunity for those who love movies and cinema as well.