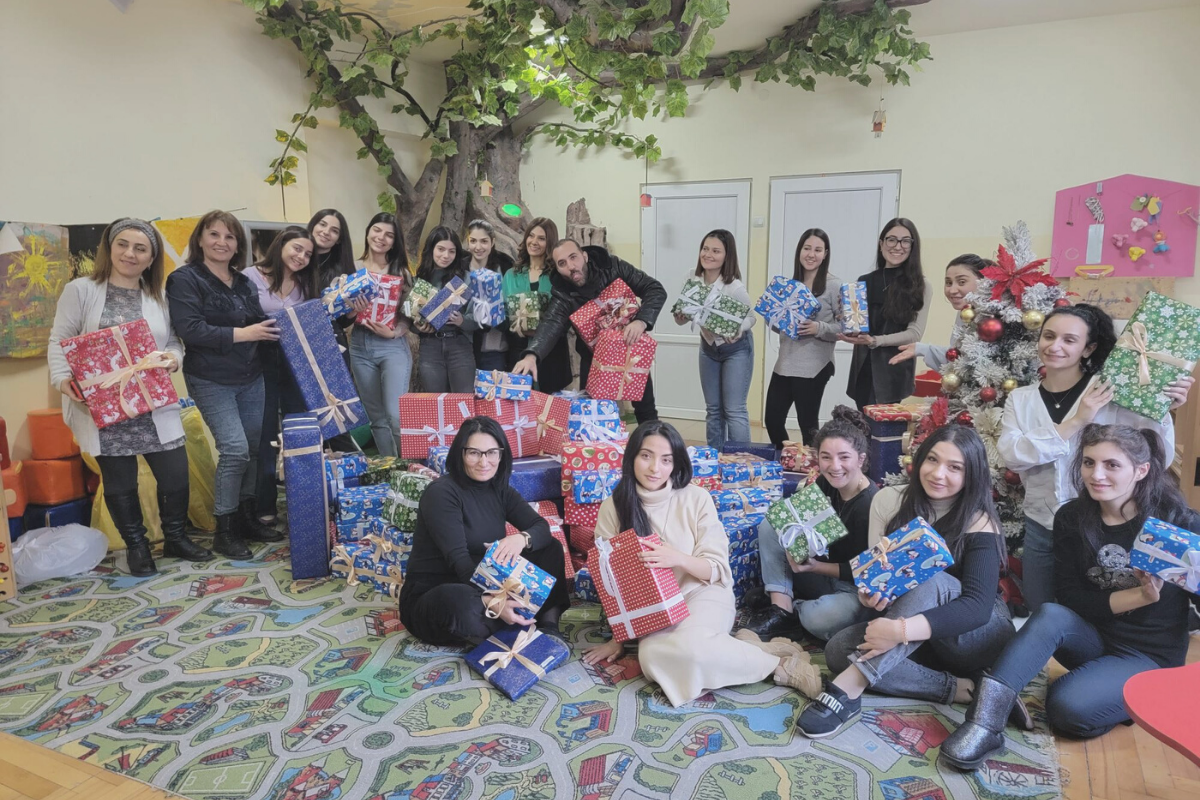 Ardem Tutunjian, an AVC alum, finishing his respective volunteering with AVC in 2021 returned to Toronto in September. Two months later he decided to come back to the homeland for just two weeks to draw a smile on children’s faces of displaced families, affected by the 2020 Artsakh War. A Christmas magic — this is what he planned to organize. Wrapped presents, cake, juices, and Ardem in Santa’s clothes. Sounds exciting. But behind this initiative stands a huge joint effort headed by Ardem that we would like to shed light on.

In November, as Ardem reflected upon the coming Christmas, he decided to organize a fundraiser for kids affected by the war. Aiming to raise $3,000 USD, he got $3,500 in the end and came back to Armenia to make 140 kids happier for at least a day. Here many of our volunteers greeted his initiative and rushed to help with buying presents, wrapping and decorating them.

The process of reaching out to the families, though seems difficult, was quite easy for Ardem. His network created during his volunteering with AVC was a huge advantage for him. Initially, Ardem came to Armenia to volunteer at Kharberd Specialized Children’s Home in 2018. He did horse therapy with children there. Acknowledging how important it was to promote connection between children and animals in the course of their treatment, Ardem came up with the concept new to Armenia. He established an organization named “Orphans and Their Dogs” to rescue stray dogs and then make them part of his therapies with orphanage children. This was among many of Ardem’s volunteering initiatives here.

Then the war started, and the government entrusted the Children’s Home to find shelter for displaced families from Artsakh. As the administration registered all the details related to the displaced families, including their addresses and contact information, Ardem decided to cooperate with them to reach them out.

In the end, Ardem organized two Christmas events for 140 kids in Masis, where they received toys, games, and other presents, and met Santa with excitement — all these due to the donor’s generosity and Ardem’s determination to organize it and handle all the challenges from afar.

When talking about the challenges, Ardem mentioned the one related to the Santa outfit. His eyebrows were black and the beard, white. So, he had to find a make-up artist to fix this to have a more natural look. He told the story laughing, adding “Nothing can be considered a challenge when you keep in mind that so many kids will feel happier due to your efforts.” 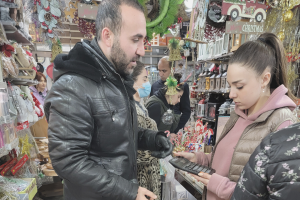 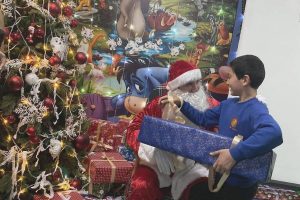 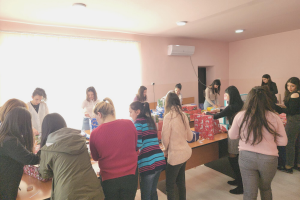 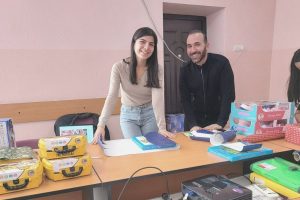