Days of Mourning after Surmalu Explosion 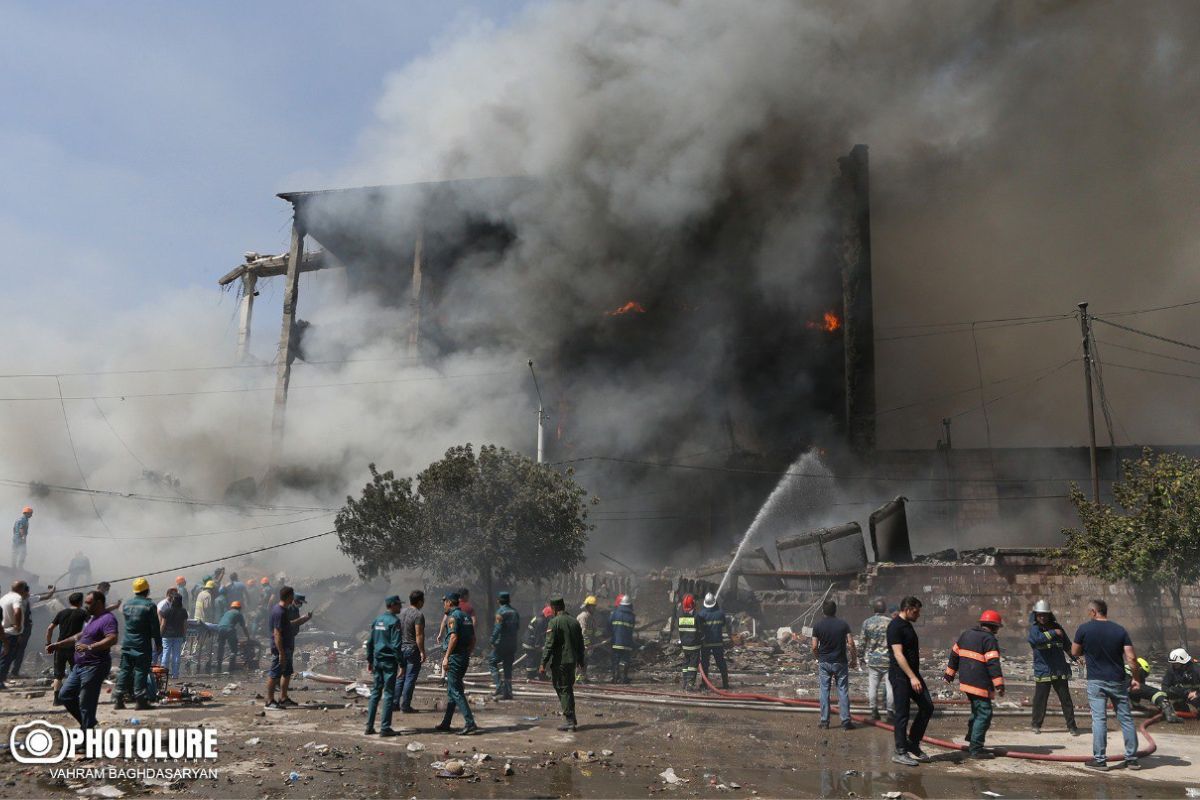 No time is convenient for tragedy to strike,
But Yerevantsis got a chance to see what it looks like.

Yerevan’s characteristic peace was shattered;
Armenians were forced to examine what in life truly mattered.

We look forward to Sunday for religion and rest;
August 14, however, put people’s nerves to the test.

Fireworks are for use on nights that are festive;
They had countless Armenians watching daytime TV, restive.

For the flames were neither planned nor controlled;
They shot out suddenly, menacing young and old.

Where there was smoke there was indeed fire;
They spread rapidly, causing fear and ire.

To help in finding survivors there emerged volunteers;
Human decency hastens the moment when gloom clears.

Not all the missing, sadly, would be found alive;
The search for them was no normal nine-to-five.

It would take over a day to render Surmalu no longer ablaze;
The charred debris was still there, though, a dispiriting maze.

The affected area will be rebuilt;
Yerevantsis will demonstrate resolve to the hilt.

Let the city collectively never forget the ones who died,
Nor even those injured or who, out of humanity, cried.

This is a poem written by Michael Collins, an AVC alumnus, after the tragedy that hit Armenia on August 14, 2022. The explosion that took place at Surmalu market took the lives of 16 people. We pray for the families and relatives of those who lost their lives.