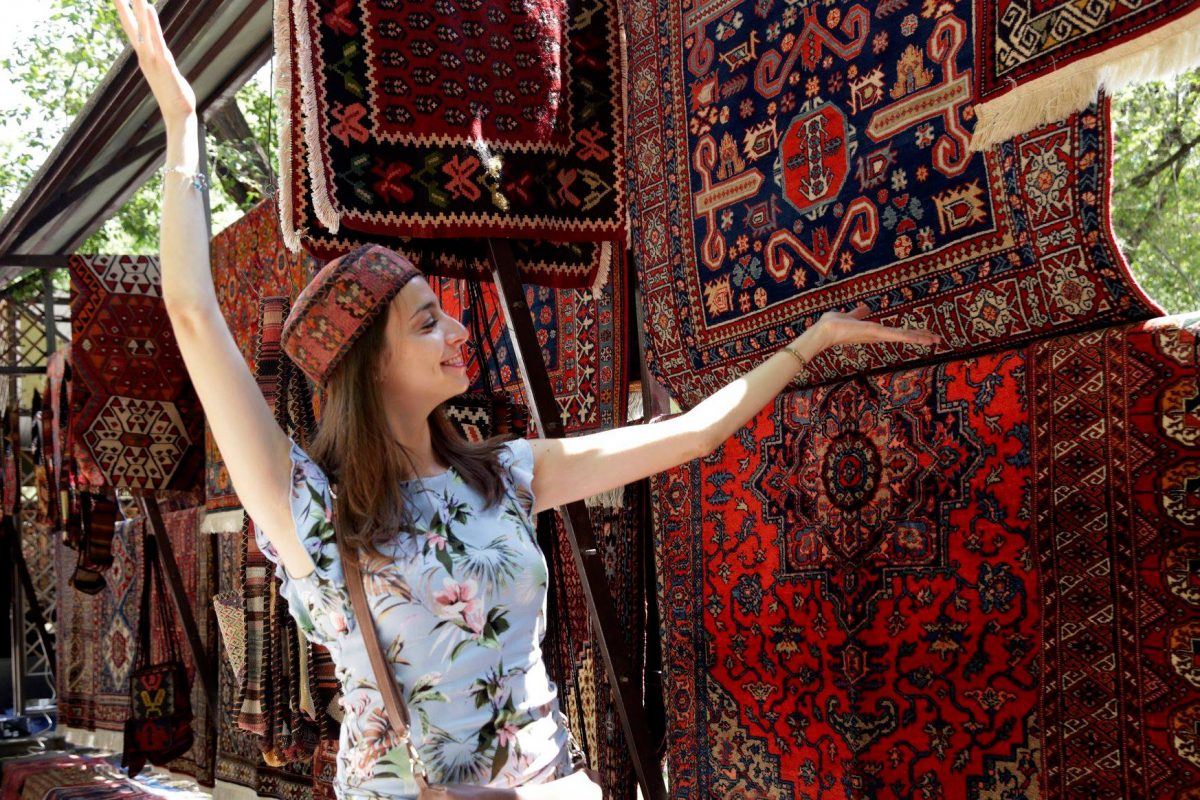 So what is this country where I’ve chosen to live, where all the names end in –yan, and where you need to take a deep breath before saying “thank you” in the local language (say “Shnorhakalut’yun”)? Armenia.  At age 23, I headed to Armenia, to be a volunteer for five months. I decided to take a break in my studies in Public Policy at Sciences Po Paris for my first grand experience abroad.  After five months at a university in Russia, I was looking for an experienced both professional and personal.

I first became interested in Armenia and all the former Soviet republics through my studies.  A trip to the North Caucasus gave me a tangible experience of what I had only known theoretically.  From the distance of my native France, I was fascinated by the social, political and economic dynamics that rocked this part of the world, at the intersection of East and West: the subjugation of different empires and the resulting territorial conflicts such as the conflict over Nagorno Karabagh between Armenia and Azerbaijan, the mixed economic relations of the Eurasia Union and the Partnership Agreement with Europe, the various political changes including the Armenian revolution, the marked inequalities within the populations and social infrastructures.

Discovering the Armenian Volunteer Corps confirmed my decision to go to Armenia.  There I had the opportunity of working with two NGOs based in the capital, Yerevan. I volunteered three days a week at Transparency International Armenia (TIA), where I conducted research on economic competitiveness. Two days a week, I worked on inter-culturalism and social entrepreneurship at the International Center for International Research, Learning and Dialogue (ICIRLD). I helped organize and participated in workshops on inter-culturalism as part of the ERASMUS+ project; I also researched different legislation and interpretations of social entrepreneurship around the world. With TIA, I had a front-row seat to the revolution; I was able to discuss the political changes with my colleagues as they were happening. I witnessed first-hand how individuals mobilized, peacefully blocking city streets by any means including dancing and khorovats (Armenian barbecue).

What I wanted more than anything though, was to really understand the heart of Armenia. So for five months, I lived with a host family in their apartment in Yerevan. This afforded me a unique way to communicate with former soviets, whose daughter Arevik (“small sun” in Armenian) is my age.  The change of life for them following independence had been enormous. My host mother went from being an engineer to working in a kitchen. Under the Soviet Union, schooling, health services, and many pastimes were free. Today, almost everything has a cost, and with corruption, sometimes higher than it should.  I was stunned by stories some of my friends who served during the Six-Day War of 2016 told me about their experiences; I was moved to tears by Armenians I met as I traveled in a part of Turkey that was Armenian until the twentieth century, as they discovered the towns of their ancestors in Kars or Van; I was dismayed by the obsolescence of a school near Lake Sevan, and the dilapidated condition of the road leading to it.

Such realities remind westerners of the material and democratic comforts in which they live. But my sojourn in Armenia was the opportunity for many discoveries. I was awestruck by the mountain landscapes, I have an indelible memory of Vayots Dzor, or the view of Mount Ararat, the highest mountain in the region. I felt a great pride within Armenians: that of an identity protected and preserved from the Russian and European powers and neighboring countries, as well as their bravery and generosity despite the multiple conflicts they’ve borne and the social and economic hardships they encounter daily. Although I was armed with my travel guide and previous readings and research, feeling for myself the multi-secular history of the country, the first to adopt Christianity as witnessed by the countless monasteries such as Noravank or Gandsazar, was more wondrous than anything I might read or hear. I took traditional Armenian dance classes, learning dances that my local friends’ ancestors would have performed on different occasions: work, marriage, before leaving for war….the most famous being “Kochari”.  I adored savoring the local produce, notably fresh apricots, watching lavash being prepared, or participating in a traditional ‘Khash’ meal at 10 o’clock in the morning, all even more meaningful for me as I come from a family of cooks.

All of these life contrasts, between the urban and the rural, the peaceful center of the country, and the conflicts on its borders, the political upheavals, the Soviet heritage, and the new economic accords, these all give this country of long traditions a very distinct and unique color. The revolution harbors, I hope, a renewed momentum for the Armenian people.