French student does his internship abroad with AVC 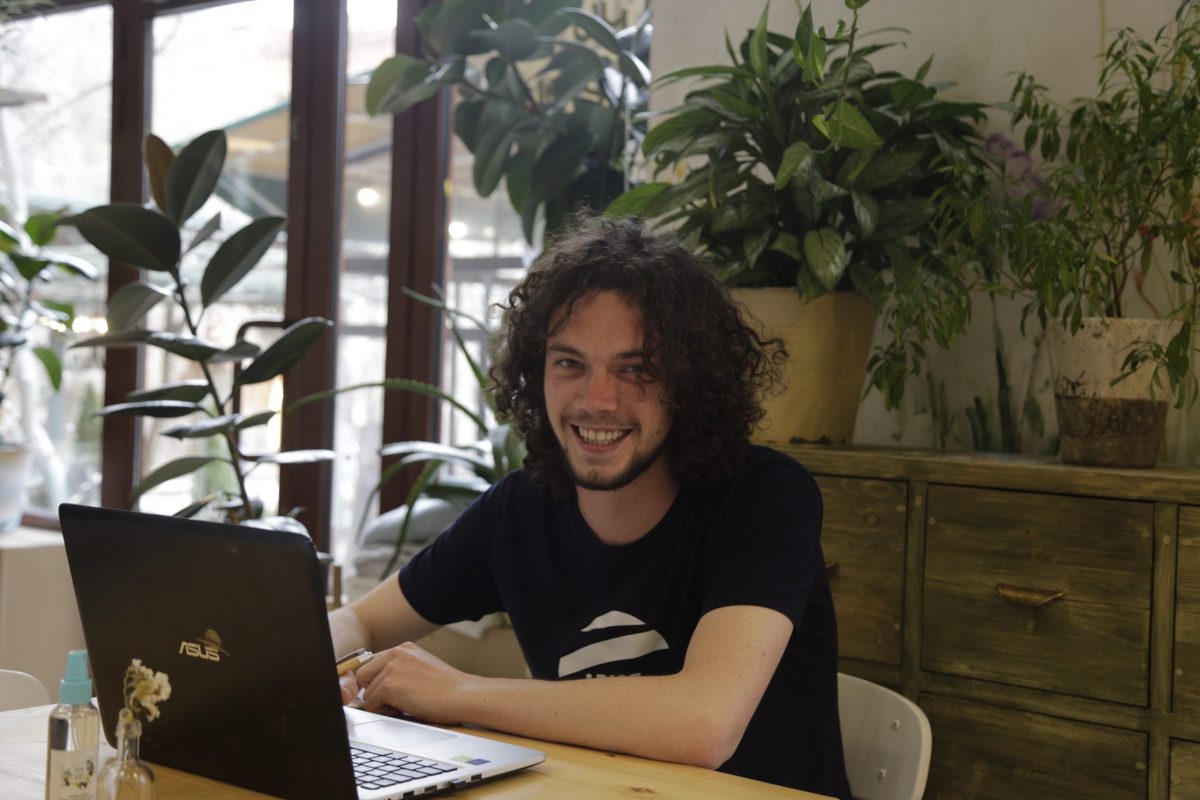 Without Armenian roots or knowledge of the language, Adrien Catry journeyed from Lille, France to volunteer with the Armenian Volunteer Corps (AVC) in January of 2022. He “wanted to discover another culture for personal development and as a way to do his internship abroad,” and heard about AVC from one of his friends in France. “I didn’t know a lot about Armenia before coming here, so I bought many books and read testimonies and stories of different Armenians,” Adrien recalls. “This research provided greater motivation for me to come and volunteer here.”

He was drawn to Armenia because of its uniqueness as a nation and its resilience throughout history.  After he finishes his volunteer service and returns to France, Adrien wants to teach others about Armenian history and development. “People in France don’t really know what is happening here, like the Nagorno-Karabakh war for instance, because Western media doesn’t cover countries they consider ‘small’ or ‘insignificant’.”

Before coming to Armenia, Adrien knew he wanted to put his volunteering efforts towards eco-friendly development. He has always had a passion for resolving environmental issues and recently graduated from university with a five-year engineering degree. Adrien has been in Gyumri for over two months now and describes the culture shock between his home in France and Gyumri as ‘enormous’. “The traditions, architecture, relationships, and people couldn’t be more different. Every day, I discover a little more about Armenian life and I get very attached to it!” Adrien currently volunteers with three jobsites – Gyumrik, HayAr Jewelry, and Herbs & Honey – and does different work with all of them. 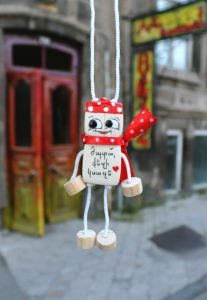 Adrien’s first jobsite, Gyumrik was founded by Arsen Vardanyan, a Gyumri native who is devoted to making his home a better place. According to Vardanyan, “To live a good life, you have to do one thing you are proud of each day.” From creating an ice-skating rink to painting colorful murals around town, Vardanyan actively pours not only his time but his heart into Gyumri. He dreams of making it a center for tourism. Adrien was motivated to volunteer at Gyumrik, because of Vardanyan’s eco-friendly art projects and passion for Gyumri. He helps make little wooden men called ‘Gyumriks.’ Each one has an inspirational saying written on its body, which Adrien says, “reflects the love Arsen puts into his projects.” He loves making the Gyumriks because he feels that he is helping further Vardanyan’s mission of spreading love and positivity. Adrien also helps with Vardanyan’s bottle-cap mosaic project: beautiful murals made entirely out of recycled bottles. “Protecting the environment and reducing waste is very important to me. Therefore, I enjoy being a part of a project that turns ‘trash’ into something beautiful.” 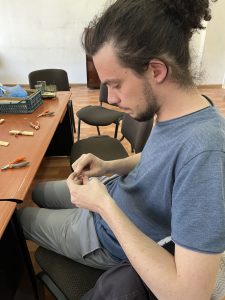 The mission of Adrien’s second jobsite, HayAr Jewelry is very similar to that of Gyumrik. Adrien says they both strive to “revitalize the economy and serenity of the Shirak region and spread benevolence and love through their work.” Artak Tadevosyan started HayAr Jewelry after returning from eight years of migrant work in Russia. He began making bijou trinkets out of metal wires until he stumbled upon bullet shells from the nearby Russian military base in Gyumri. Tadevosyan wanted to use bullet shells to create jewelry as a call for peace. “A bullet is associated with death, something bad,” Tadevosyan said. “I change the energy of that bullet, making it serve a better, kinder, energetically pure purpose.”

His business is a powerful representation of making beauty from ashes in a nation plagued by war. “The idea is that what can destroy the body at the same time can also adorn the body,” Tadevosyan remarked. He believes those who wear his jewelry bear the message of peace and spread it to others. Adrien just started volunteering at this jobsite a few weeks ago and is passionate about helping support Tadevosyan’s business. He learnt to make jewelry out of metal wires for an up-coming exhibition and appreciates Tadevosyan’s mindfulness regarding the materials he uses. According to Adrien, “Artak wants to use materials that can’t be used for anything else, like the metal wires. He doesn’t want to waste and use materials that can serve another purpose. This exhibition will help share Artak’s work and make his business more well-known.” 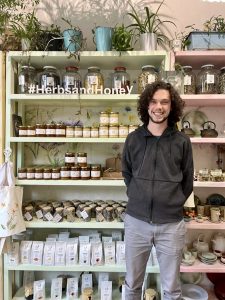 Adrien’s third jobsite, Herbs & Honey is a tea shop and restaurant that sells and serves goods produced by farmers and small family businesses. Artush Yeghiazaryan founded Herbs & Honey in 2012 to preserve 500 hectares of forest in northern Armenia where a mining company intended to start activities that would destroy the surrounding flora and fauna. They are currently working on plans for an eco-tourism centre in Vardaghbur village in North-West Armenia. Adrien spends three days a week helping Herbs & Honey with the management plan by researching sustainable energy sources and creating schemas for the project.

He wants readers to know that eco-tourism not only has ecological benefits. “One of the main goals of eco-tourism is to boost the area both socially and economically. This happens through job creation and providing local people with the ability to start a business.  This also allows tourists to discover the region while preserving it.” Adrien enjoys working on this project, because “in a completely developed country like France, you don’t get the opportunity to be a part of groundbreaking projects like this one.”

So far after his internship abroad, Adrien admires this country – especially the people that make it what it is today. “The Armenian people are my favorite part of this experience. The authenticity and benevolence they have is greatly lacking in France. Despite their hard past, they are hospitable and friendly. They want to give the best of themselves to help others and their country.” Adrien stayed in Armenia for six months and has spent the entirety of his time in Gyumri. A place he believes he has experienced authentic Armenian culture. “Time passes very quickly here, and I try to enjoy every moment spent with the people I meet.”