Hitch-hiking to the Caucasus | Joanny Carrabin 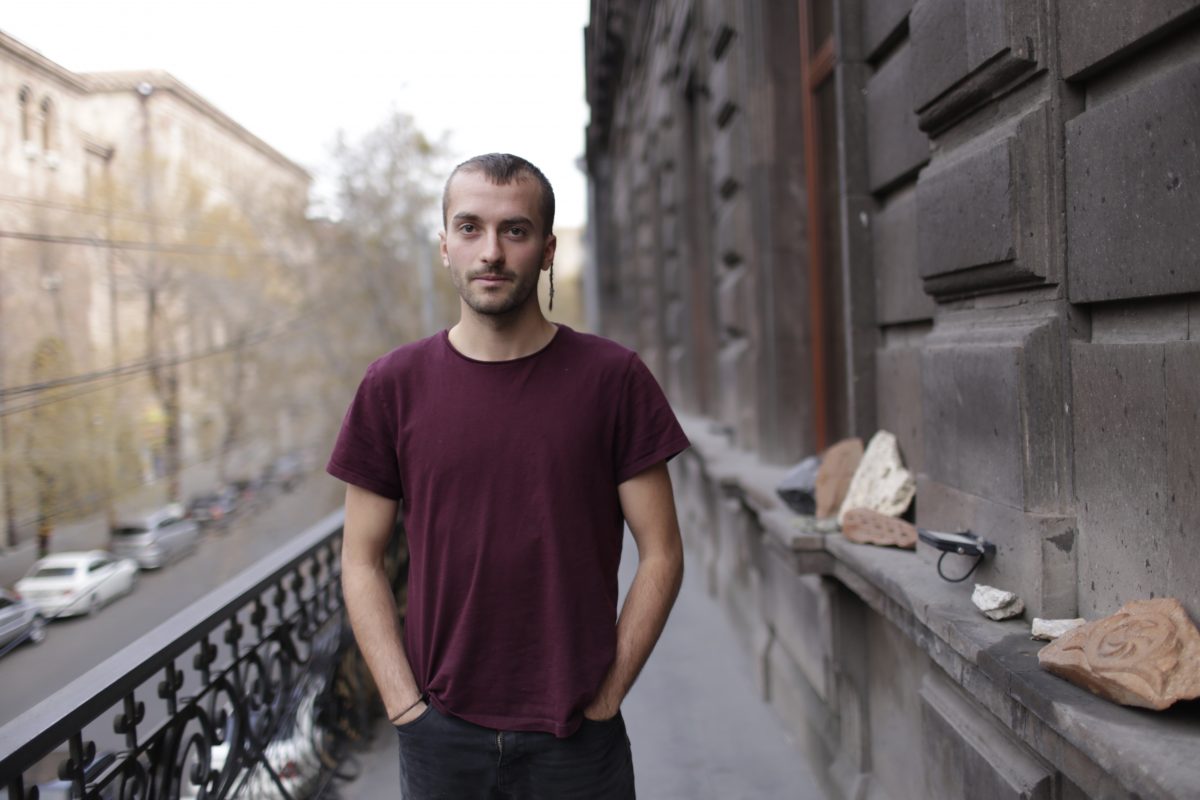 Once I reached my destination [Armenia], dirty and exhausted after eleven days on the road, during our first meeting at the AVC office [the director] Tania mentioned that she would appreciate it if I would write something about my trip. I thought about Tania’s words and realized that in these times, it might not be an easy task to explain why you would rather stretch out your thumb by the side of the road than just buy a plane ticket. So, instead of explaining myself, I’ll just tell what happened.

I left the French Alps on the seventeenth of November, the first day of the “yellow suits” protests. In the morning, protesters started to stop the traffic on crossroads and roundabouts. Fortunately, I was faster than them and managed to get to the Italian border before the country was stuck. Because of the so-called migrant crisis, there were soldiers at the checkpoints and in the mountains with guns and high-tech binoculars to detect human movements in the snow.
Walking the first kilometers into the Italian Alps I raised my thumb to a Polish registered truck coming from the pass. The driver stopped, took me in for a few kilometers and then stopped again to offer me breakfast in a parking area with a wide view over the mountains, complete with good hot coffee heated with his camping gas stove. When he dropped me in the outskirts of Torino, I knew there would be plenty of friendly people on the way, for there’s nothing like hitch-hiking to find generosity where it lies.

But let us not believe that hitch-hiking is always this beautiful adventurous journey that we sometimes imagine. There always comes a point when generosity stays hidden, and as night slowly falls and the cars keep passing without stopping, you have to rely only on yourself to find a place to sleep. And sometimes you end up sleeping on the smooth ground of a dark forest with an owl singing his soft melodies above your head, whereas sometimes you have to set up camp in the hidden corner of a building, on the hard asphalt of an unknown city. And it is these moments when you feel you have reached the purest freedom when you can be anywhere in the world and know that you will always find a nest.

After taking the ferry from the south of Italy to the Greek harbour of Igoumenitsa and sleeping one night by the sea, I quickly found people to take me towards Istanbul. Passing the Turkish border the following day, I ended up in the car of a border guard, drinking while he was driving. “You don’t fear the police might bother you?” I asked. “Not so much. You know, I’m kind of police myself”. Maybe that’s the definition of a policeman; an ordinary person who’s allowed to do things that other ordinary people are not allowed to do.

Throughout Turkey, I benefited from the greatest generosity. One big Turkish guy with whom I was communicating in the most primitive way took me to have a copious meal in a restaurant and then offered me that I spend the night in his tiny flat in the suburbs of Istanbul. His talking was funny: “You – go – my home” was the most sophisticated sentence he spoke.

After Istanbul, which seemed insanely huge to me, I swiftly left the European-like Mediterranean landscapes to reach the Turkish high plateau, until I came to the region which is also known as Western Armenia. It became clear to me that something was going on there. As I was going further east into this beautiful cold countryside where no tree grows, the place seemed more and more crowded with soldiers, and with increasing numbers of checkpoints, tanks, and barricades, while the police stations were strongholds, surrounded by high walls and barbed wire. I knew back in France that the Turkish army was conducting a wide offensive towards the Kurdish groups in the east, and this country that once belonged to Armenia is at war again. But as if I was blessed, I moved through this troubled land like a bird through a storm. At the checkpoints, policemen were stopping the cars to ask if anyone could take me in the direction of Georgia (since the border with Armenia is closed, I had to make a detour), and there were few drivers who did not offer me a coffee or food at some point. Funny to see how a French traveler can be held in such esteem, despite a beard and not being so well-looking, people would behave with me as if I was someone important who was deserving a special care. And besides that, I could see the repression towards the Kurds, and I felt ashamed again.

From the western Georgian plateau, I eventually reached the Armenian border and the hinterland of Gyumri, flat, cold and beautiful, and at last Yerevan, with the mighty Ararat and his frozen slopes standing above the haze.

Hitch-hiking is just an opportunity to see in detail what lies between your departure point and your goal, and I’m glad of all the things I saw along the way.