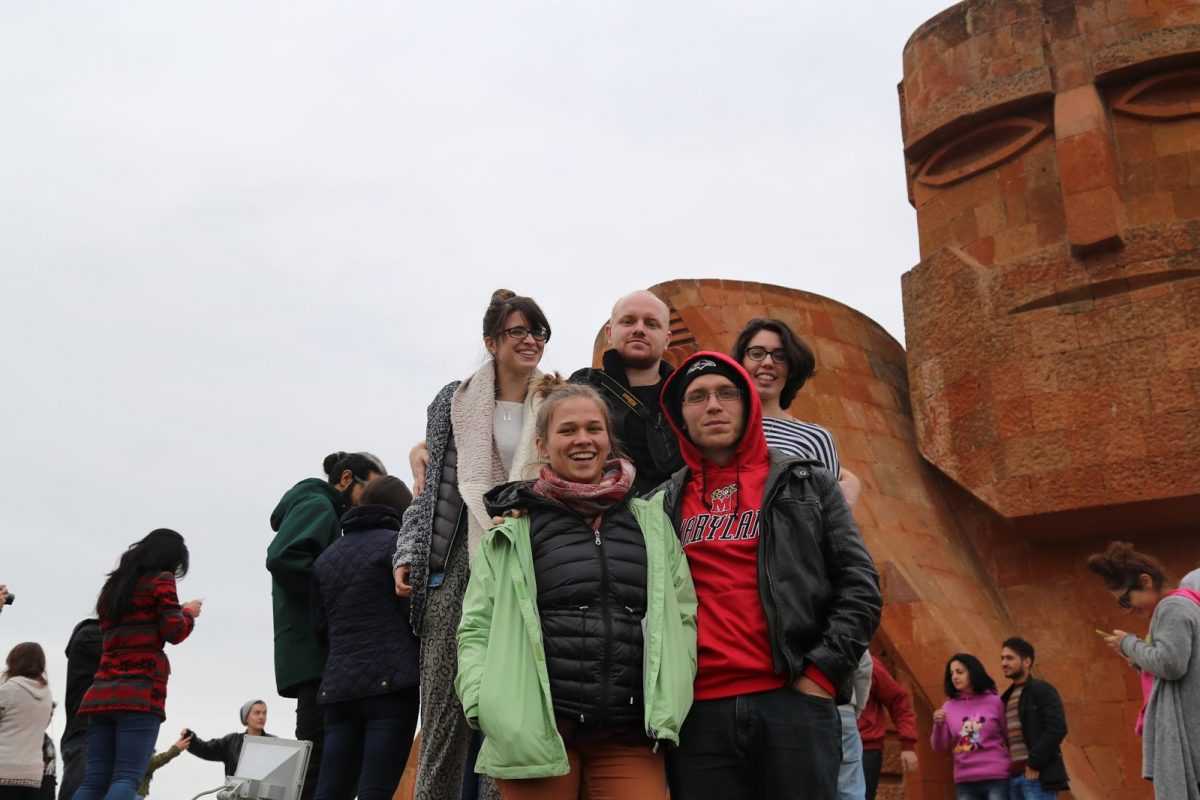 Our volunteers went to a 4-day trip to Artsakh in October.
Kerri and Marie decided to share their impressions from the excursion. 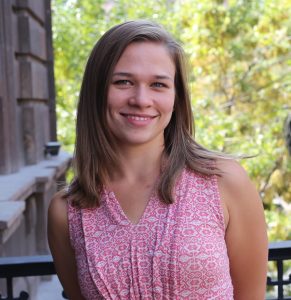 Artsakh is a place full of interesting history and beautiful landscape. I had so much more to learn there than I thought I would. Artsakh is green and mountainous, plentiful with wildlife. While there, out group visited many beautiful monasteries and even an army base. Young men, mostly from Yerevan, address drafted to fight on the front lines to help Artsakh maintain its independence from Azerbaijan. The men we met seemed so young, but so proud of what they were fighting for. One man sang a song for us about his uncle, who had died in war years earlier. We were able to eat with these young men and ask them many questions about their work. So many care deeply about keeping Armenian ties strong in Artsakh, and its no wonder they don’t want to lose it. We were also able to visit two Syrian brothers who are working on farming kiwi, pistachios, and other foods foreign to Artsakh soil. They want to show residents of Artsakh that the limit of foods they themselves could grow there is boundless. Later, we were able to go to a market in Stepanakert, where friendly vendors face us fruits and meats, and wanted to talk to us about where we were from. Finally, during our “wine mob,” where each group offered a bottle of wine to a family, we were able to sit down and talk with the residents of Stepanakert about their lives in Artsakh. The trip brought us closer to the residents in Artsakh and led us to understand more about the present situation it is in. More than anything, I felt so much hope in the people I met for the future of Artsakh, and so much love for their country.
Kerri Fritz
USA 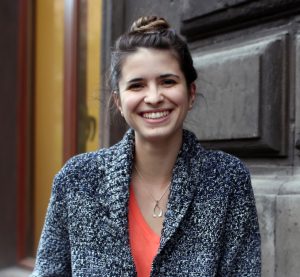 Upon arrival, what is immediately obvious to me about Artsakh is that military conflict doesn’t come in “obvious” packaging. A running joke on our bus insinuated that many of us wouldn’t be able to shower all weekend, and that for some reason seemed to leave many thinking this might be a very rugged experience. While we were definitely not in Yerevan, this country that continues to exist unacknowledged, with armed forces on its boarders and a total lack of officially recognized statehood stands quite proudly with all the fixings of a fully functioning state (running water included). Even amidst greeneried ruins, continued conflict with Azerbaijan and all of the struggles therein, Artsakh is a vibrant and lively country despite it all. At the ‘wine-mob,’ where we ambushed an un-expecting family with wine and our fabulous company, it became clear that there is no denying the continued effects of the war that dissolved into this state of non-resolution. The father of the house had a disability from his time in the war and it became a quick joke that one of our party would soon provide him a battery-powered wheel chair from the U.S., “or else.” Despite what so many assume about living in an un-resolved and unrecognized ‘state’, the people are of Artsakh pretty much don’t need anyone’s official confirmation that they exist and that they live. While we didn’t see the frontline, it really required no imagination to realize the scope of the situation. What did take a certain level of thought, and what really struck me, was learning that neither conflict nor official boarders define a people.