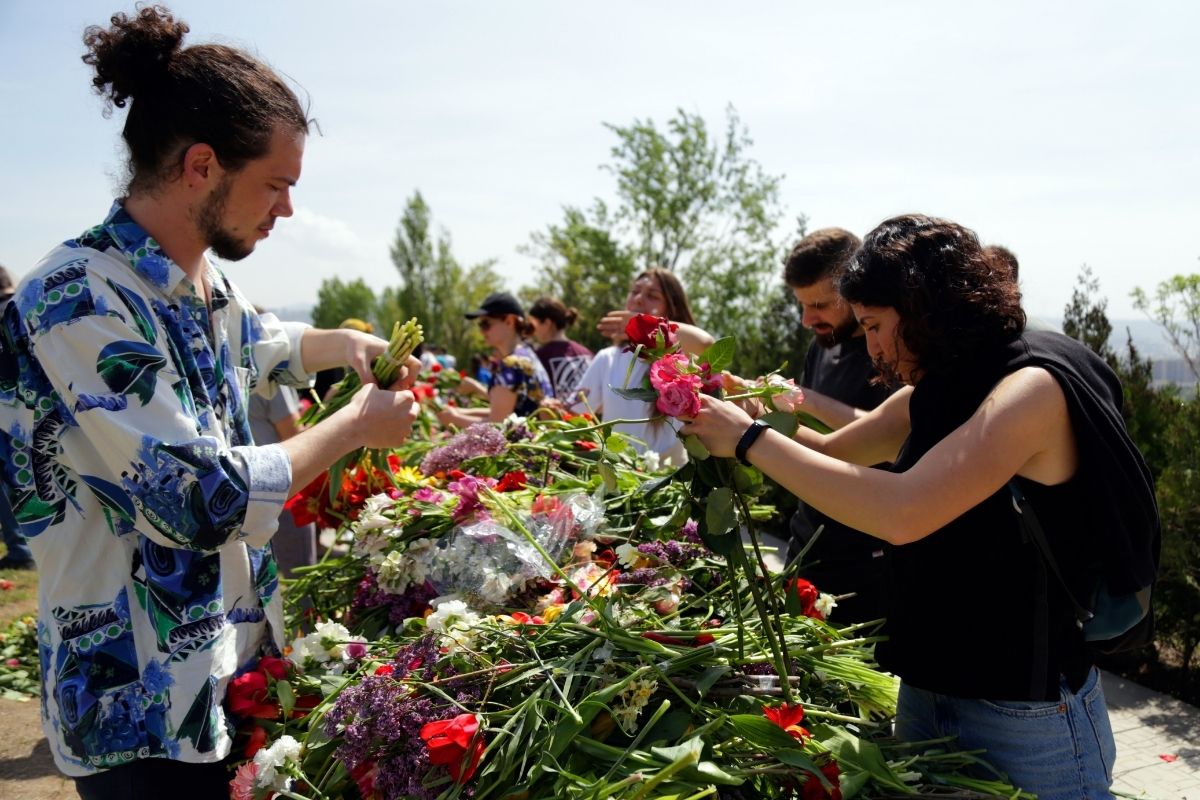 Armenians recently commemorated another April 24th, bringing with it over a century of pain and anguish for the Armenian people. This day marks the day the Ottoman Empire authorities arrested and deported Armenian leaders and intellectuals from Constantinople. It is the day every Armenian, all around the world shares one pain.

Two days after, it’s recycling (and reborn). Those who visit lay fresh flowers within the Complex to honor those who perished.  Each year, visitors leave behind approximately two tons of flowers. Since 2010, volunteers from several organizations, including the Armenian Volunteer Corps and Birthright Armenia, gather to help recycle these flowers. This initiative was launched by the Foundation for the Preservation of Wild-Life and Cultural Assets to give these flowers a second life, instead of throwing them away, and to promote an environmental mission of recycling.

The flower petals are laid out in front of the complex, under the sun to dry out. They are then used to derive compost used to treat the soil in the Genocide Memorial Park. The stems, on the other hand, are used to make handmade recycled paper often used by the Armenian Genocide Memorial Museum for acknowledgement letters, diplomas, certificates, postcards, and photo albums.