Meet Another ABC of AVC – Mario to Narek 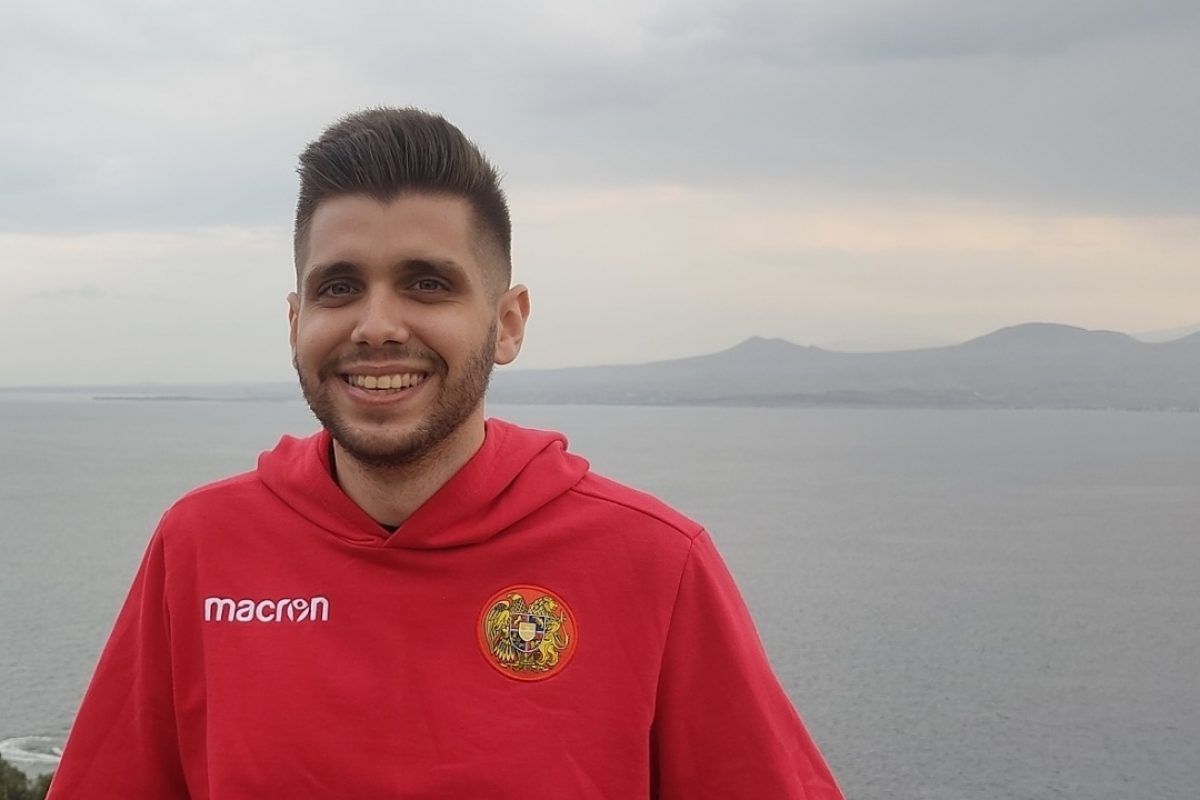 “I will teach my kids what it means to be a real Armenian,” says Mario Sanz Gonzalez, a young man of Spanish descent, who himself is taking the first steps in this regard. “Home, family, and invincibility” are the words that cross Mario’s mind when asked about Armenia. How did this fine volunteer come to find AVC and become an Armenian By Choice (ABC)? During the fall 2020 Artsakh war, Mario noticed that there was little information about the war on social media platforms in Spanish and started to voluntarily translate and post information from Armenian sources. He stumbled upon AVC on his Twitter feed, applied immediately to volunteer in April, and arrived in country by mid-summer. “This was definitely the best decision in my life,” he says, as “it gave me the unique opportunity to discover Armenia from a completely new perspective, not just as a tourist.”

Mario has always had a deep interest in traveling and the world. This is what led him to choose his profession in tourism. But his love towards Armenia goes much deeper than just discovering the country and loving it. During a casual discussion with friends about the ongoing conflict between Armenia and Azerbaijan, Mario was so caught up in the topic that he decided to research much more about it. “In my mind, Armenia was right. I started to study the country, its history, culture, traditions, and customs. Gradually, I fell in love with it — a country I had not yet even visited. I could feel how close I am to this land, to this nation, to the people,” he says. For seven years, Mario dreamed of visiting Armenia. In 2019, he finally made the decision to take his first visit. It was a visit of reassurance that would forever change his life.

Through AVC, Mario first volunteered with the Centro Hispano teaching Spanish. He then joined Aratours Travel Services to obtain hands-on experience in his field of tourism. He is now engaged in the operational processes of the agency, supporting customers to experience Armenia at its best, while learning his field from A to Z. Additionally, AVC’s extracurricular activities, of forums, excursions, Armenian language courses, and homestay living allowed him to immerse deeper into the heritage that is now so very close to his heart.

When Mario applied to AVC, he initially planned to volunteer for three months but through continued extensions of his service, he most recently committed to a full year stay. Now Mario says that he wants to stay in Armenia indefinitely and is doing everything in his power to make it a reality. But nobody can predict the future. If it turns out that he has to one day leave Armenia, one thing is crystal clear — Armenia will never lose its place in his heart. “I will never stop feeling Armenian,” he notes. And yes, in an attempt to feel as much “Haystantsi” (Armenian) as possible, he has selected an Armenian name for himself. Whenever you see him on the streets of Yerevan, just greet him as “Narek Kazarian” and he will immediately respond back to you with excitement.