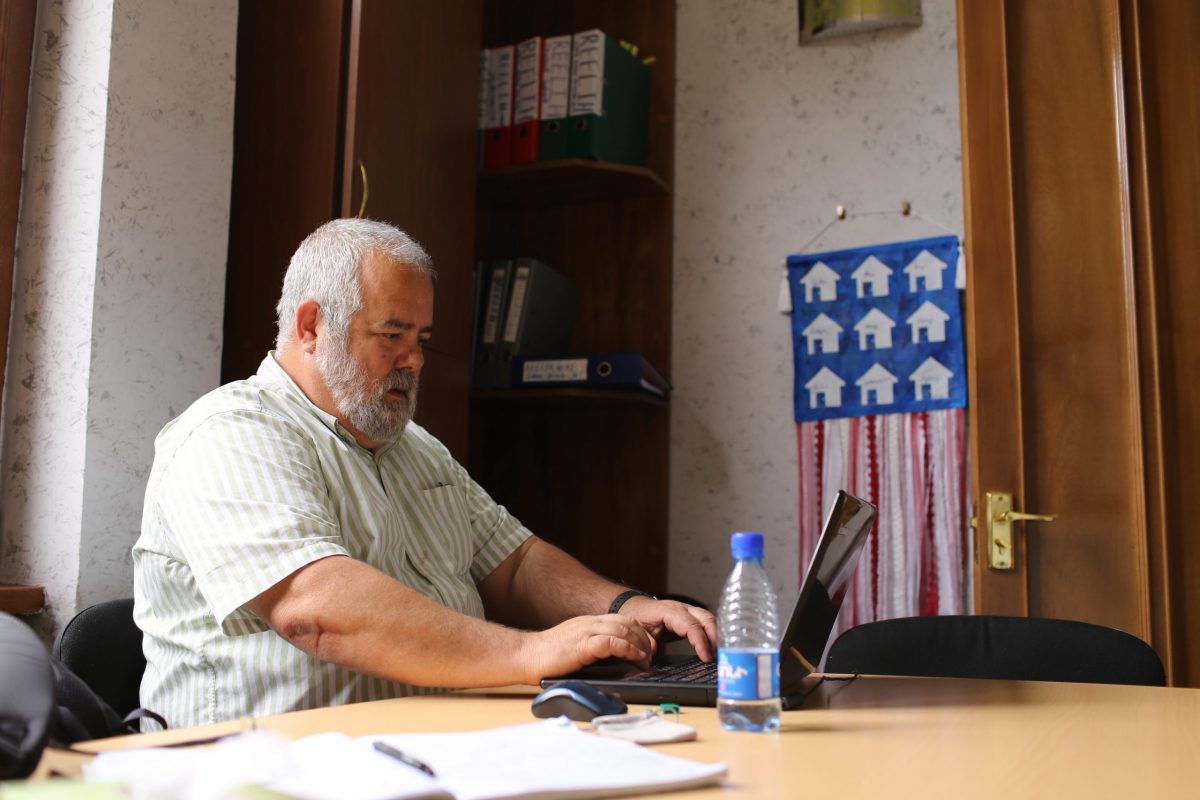 There was a special type of microscope at the Armenian National Agrarian University (ANAU) that they had for over a year, but didn’t know how to use. David, noticing the microscope, decided to put it together and run a special training for the staff. Recalling their excitement, David considers this moment as the most rewarding one of his volunteering journey.

Sometimes we can’t imagine how much small contributions matter. And if you think you’ve already crossed the age of volunteering, just keep in mind that the hero of the previous paragraph is a 68-year-old, retired David Duell from Ohio, who disregarded his age and came to his homeland to share his skills.

Born and raised in the U.S., in a completely non-Armenian environment, David decided to embark on a journey at the age of 63 to discover his roots. His first visit to Armenia was in 2015, and it was the only time David came to Armenia as a tourist. He wanted to experience more of Armenia and being a tourist didn’t allow him.

His next visits gave him a completely different picture of Armenia thanks to the AVC’s Professional Corps program. Having no age limit policy, AVC was happy to host David and find job places suitable for his field of expertise, including ANAU, the AUA Acopian Center for the Environment, Habitat for Humanity Armenia, and many more. “It was beyond my wildest dreams that AVC was the absolute best fit. I worked though I was retired, I had a meaningful job,” says David.

David liked his experience with AVC so much that he decided to volunteer four more times and intends to continue. “I waited until I retired and started coming here. It’s unbelievable. It’s just so enriching to my life. I am a different person because of what I’ve done here with AVC. So, come here with an open mind, stay with a host family, and plan on having fun,” recommends David to future AVCers.

The Armenian Weekly | Returning to the Roots: Once an Armenian, Always an Armenian