Stereotypes, Lifestyle, Safety, and More: Get Answers on Clubhouse 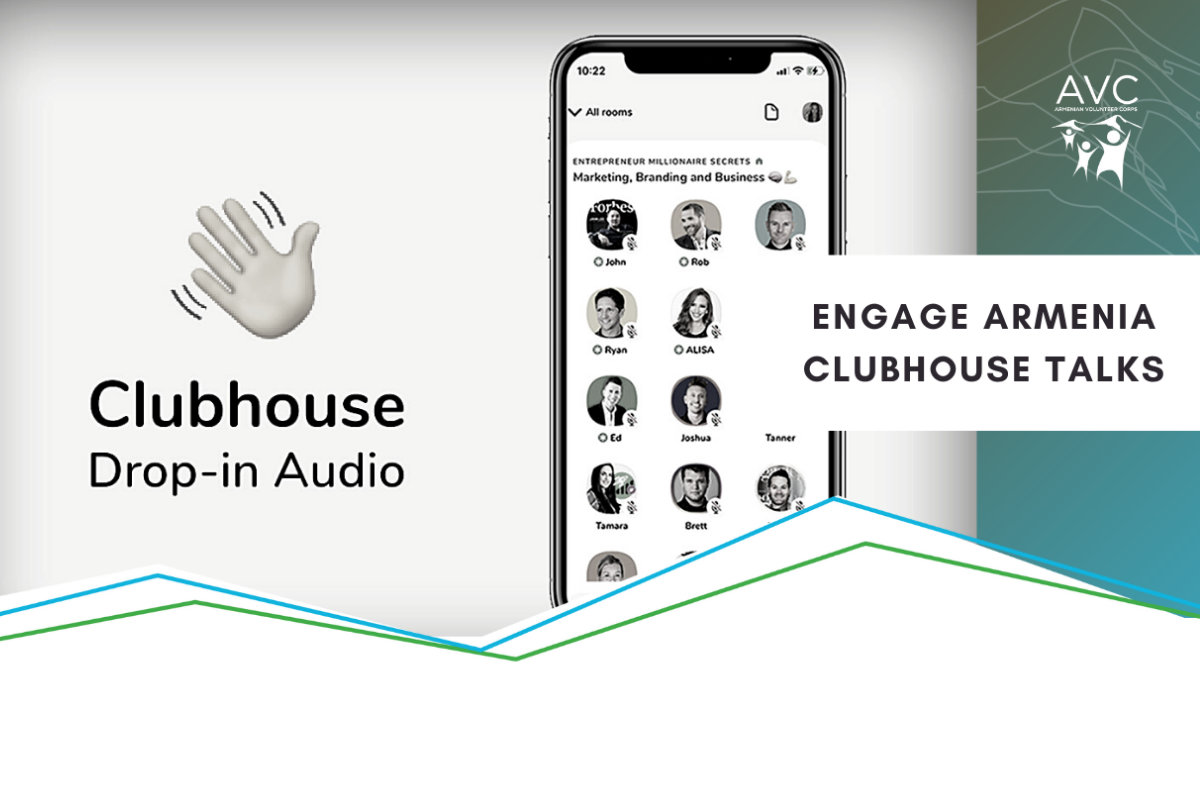 We started a series of talks on Clubhouse together with Birthright Armenia and Repat Armenia to give answers to questions that are beyond factual awareness and come from daily experiences, such as stereotypes, lifestyle, safety in Armenia, and more.

Hosted by Garo Bardakjian, an Armenian from Lebanon, people with relevant experience and knowledge are invited to share insights on the topics risen. The respective discussion on July 22, Locals & Diaspora: Breaking the Stereotypes shed light on the issues that may appear during the interaction between the locals and the diasporans. Attending the discussion were American University of Armenia’s Office of Admissions Director Arina Zohrabian, who is also an AVC alumna; AVC Program Coordinator Anahit Sargsyan; BR Jobsite Placement Manager Narine Mkhoyan; AVC local volunteer Ilona Tsaghikyan; and BR volunteer Alan Grigorian.

Perceiving Armenia Both as a Homeland and a Foreign Country

During the one-hour discussion, the guest speakers shared their experiences on the barriers that exist for diasporans or international volunteers when they come to Armenia. Arina brought up three challenges she faced in the beginning — the language barrier, perception versus reality of what Armenia actually looked like, and the pace of life which was a bit slower than she used to have back in Boston. “In the diaspora, we hear “khekhj Hayastan” [poor Armenia], or that’s what I heard when I was living in the Boston area, you know — poverty-stricken, lots of challenges, war, this, that. And I came here, it was a very different vibe. The people were amazing, the Armenians of Armenia, or generally Armenians, they are brilliant.”

More often diasporans come to the homeland, expecting everyone to understand them from any perspective. Therefore, sometimes they push themselves away from further interaction, once they realize there is the language barrier or cultural nuances they are unaware of. In this regard, Alan’s advice to future volunteers is to come to the homeland without certain expectations in mind. He thinks that they need to perceive Armenia both as a homeland and, at the same time, as a foreign country where they need to adapt gradually.

As an outcome of a joint initiative, AVC local volunteering program was launched in 2020, which was one step forward to foster the interaction between the locals and the diasporans/internationals. From a local volunteer perspective, Ilona perceived challenges as opportunities for her. Having background in linguistics, she accepted the language barrier challenge as a chance to practice the foreign languages she knew. Another opportunity she could grasp was the clear-cut outlook that the volunteers have compared with the locals’. “Diasporans have very much distinct outlook, they are more light, they love enjoying life and everything, while the locals are more profound and like judging everything,” she notes laughing. However, she thinks that interaction and exchange in views brings only benefit to both sides.

On behalf of the Armenian Volunteer Corps and Birthright Armenia, Anahit and Narine discussed all the mechanisms that the sister organizations initiate to ease the adaptation of the diasporans and international volunteers in Armenia. Among these initiatives are encouraging diasporans to live with the host families and experience the local lifestyle on a daily basis; attend Armenian classes; organize foreign language classes for locals; attend forums and discussions; as well as take part in weekly excursions to discover Armenia in a new way.

Download Clubhouse from the App Store or Google Play and create an account. Remember that as of now, you can only join Clubhouse with an invite. Therefore, you need to screen your contact list to see who can send you an invite. If you don’t have anyone, we got you covered! Feel free to reach out to us via social media or by sending an email to lusine@avc.am. We host our discussions on ARMENIANS club, that’s why don’t forget to find and join/follow the club. Save the date and join us (you will also receive a reminder on Clubhouse).

We can’t wait to hear your insights too!