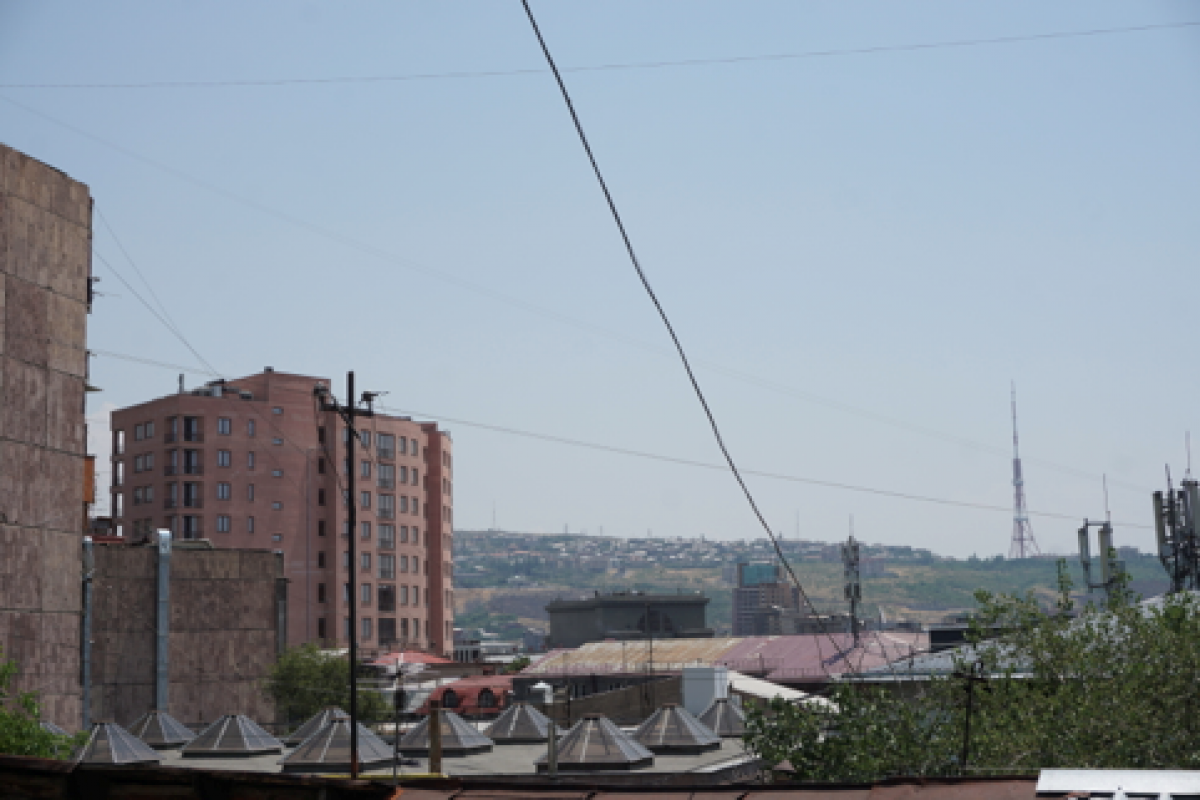 The best way to know a city is to get lost in it. I like to walk in town – sometimes going somewhere, often going nowhere. Yerevan is an ideal playground for urban explorers. The Armenian capital is expansive. The downtown area contains numerous corridors in which it is easy to get lost.

I remember my first minutes in Yerevan. The taxi with the cracked windshield took me to a deserted city, ghostly. Soviet buildings and broken sidewalks carve the urban landscape. A bit underwhelmed by this first impression, I encouraged myself to apply one of the many principles that my father taught me – “do not judge too quickly”.

Time passes and I learn to discover this city and this life which reveals itself to those who want it. One of the main aspects of this city that I love are the numerous works of street art that adorn its walls.
Before leaving for Armenia, I had heard of the many social changes brought about by the 2018 revolution. On the ground, I quickly realized that the recent revolution was not limited to simple regime change, but more fundamentally to a change in the state of mind of the Armenian population – a kind of reconciliation between the promising youth population and a brighter future.
The abundance of street art in Yerevan must be thought of as linked to the societal changes that have taken place over the past two years. It is possible to see the development of this artistic form as the re-appropriation of public space by citizens. The recent revolution in Armenia was a popular and pacifist revolution aimed at ending the preexisting oligarchy, though it is still too soon to determine the success of the revolution. On the other hand, it is clear that Armenians have reclaimed their country in a serene, almost natural way. The walls of Soviet buildings have been turned into a platform for the protest movement.

The street art movement is becoming more robust and is structured around many events and festivals throughout the year. For example, the Urvakan festival in early May gives visibility to many alternative scene artists. The concept of this festival is the rehabilitation of abandoned sites by international artists. This type of event allows street art to break free from its substantive illegality and gives it the opportunity to acquire a certain legitimacy in the face of so-called “traditional” forms of artistic expression.

For more than 6 months, I lived north of the city center near an emblematic neighborhood of Yerevan: Kond. The Kond neighborhood is one of the oldest districts of Yerevan, located on a hill outside of the immediate city centre (known as Kentron). The district is marked by the chaotic nature of its architecture and is considered one of the symbols of the city. It is in this iconic neighborhood that the street artist @yerevantropics decided to found the Kond Gallery, a true “open-air gallery” for street artists of all varieties. This gallery offers an interesting perspective on free artistic expression and daily life in Yerevan. The area, which is not the most touristic part of the city, deserves to be discovered far from the large, clean walkways and cafes of the city center.

One individual is behind this initiative: Sereg Navasardyan, aka @yerevantropics. With his recognizable style and somewhat minimalist works, he has emerged as the street art leader of Yerevan. You can find his works scattered throughout the city. Sunday walks in the city center quickly turn into a treasure hunt in search of this artist’s latest work. 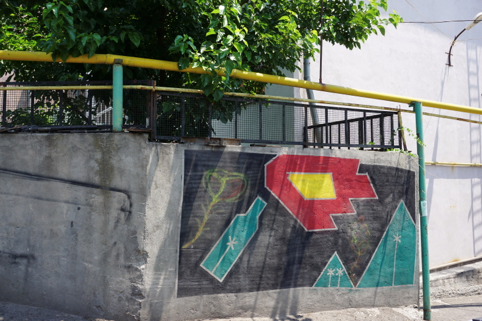 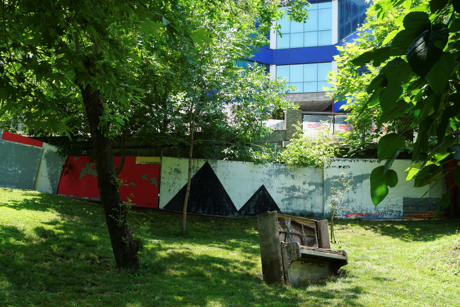 In short, it seems that Yerevanis undergoing a “coolification”. The underground culture is becoming stronger and more structured. Like Berlin in the 90s, Yerevan is attempting to become a stronghold for new art forms in a challenging geographic region. Here in the Caucasus, a silent war is being waged. A war that does not kill, but a significant war. This war is one fought by the city of Tbilisi – the Georgian capital – and Yerevan– the Armenian capital. One of these two cities is becoming the reference city of underground culture in the Caucasus. Undoubtedly influenced by my Armenian experience, I would put my money on Yerevan, as being the more singular. Be that as it may, it is certain that Yerevan has a special atmosphere, an atmosphere that can not be told, but must be lived.