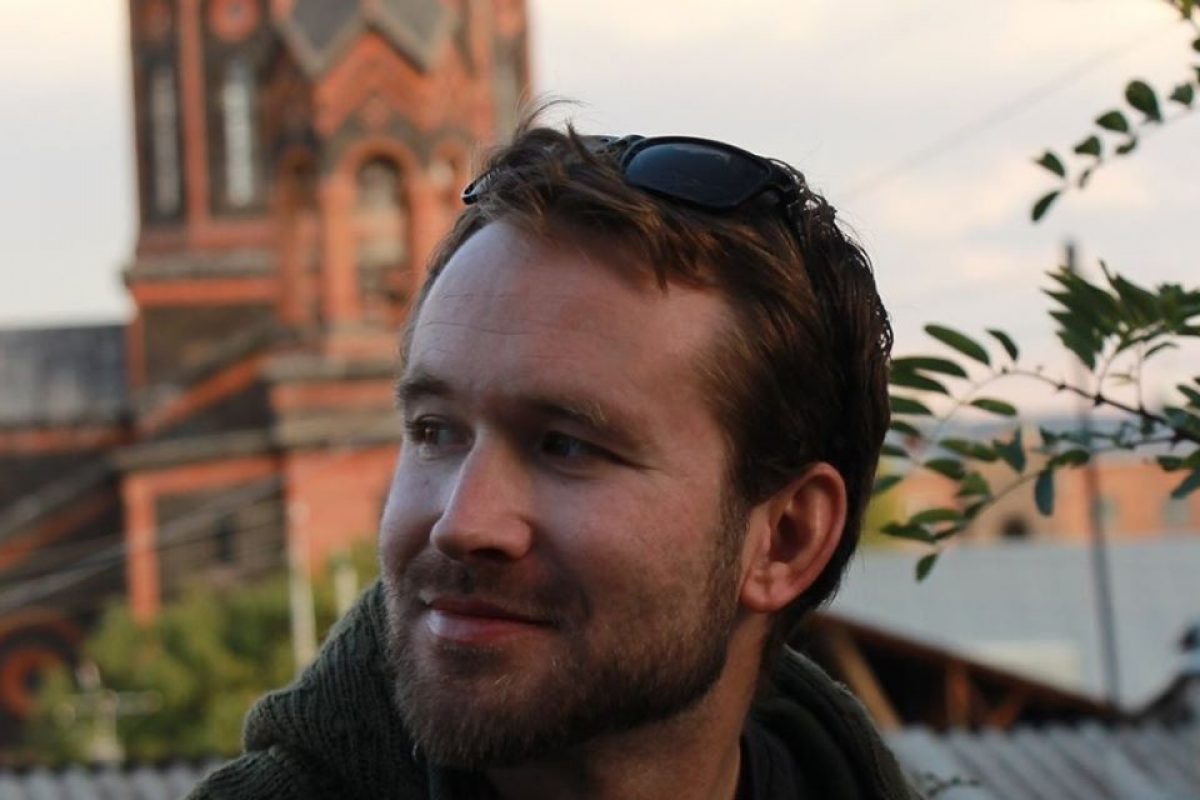 Just graduated from university? Looking for a chance to go abroad but don’t want to want to commit to two years in the Peace Corps or a whole year teaching English in China or Japan? I get it, I can barely commit to my cellphone contract. So why not Armenia with the Armenian Volunteer Corps? The Armenian Volunteer Corps is a flexible organization that offers you the opportunity to go abroad for a duration that is as short as a month to as long as a year. Scared that you may end up like that girl from the movie Taken? No worries, Armenia is a very safe country and the organization has a very supportive staff with Alumni who are happy to answer any of your questions. You’ll be taken care of before you even leave for the airport. Like that song from The Jungle Book, you can forget about your worries and your strife, and they’ll offer more than just the “bear” necessities.

I decided to teach English abroad a year after I graduated from college in the United States. I’m from Florida so I won’t lie to you, I love it back home. We have the beaches, the springs, woods, swamps and it never gets cold. I can honestly admit that I wasn’t in a rush to leave. Yet, I always wanted to live abroad and had the worst luck at achieving that goal. Four years in the military? Sent to Afghanistan, never once got to see Japan or Europe. The major I chose in college had no study abroad programs affiliated with it. Even then, I suppose I dragged my feet to leave home since I had spent four years in the military before going to college. I wanted to make up for some lost time back home, so I can understand any reluctance to walk out that door and go somewhere you may know nothing about. Yet, after a year back home I got that adventurous itch again and decided it was finally time to scratch it.

I received my qualification to teach English with The International TEFL Academy at one of their partner schools in Saint Petersburg, Russia. Upon receiving my certificate, I returned to Saint Petersburg to teach business English with Pro Ba Language school. When the time on my visa was ending, I asked people’s opinion of where I should go next. They all recommended Armenia. I was also curious about the region because members of the Russian Studies Department at my old university often took trips to the region. I did some research, discovered the Armenian Volunteer Corps, applied, was accepted, and booked my flight.

When I first told people that I was going to Armenia their initial responses ranged from “Where?” to “Oh my God you mean where the Kardashians are from!?” Yes, believe me, I know, lots of eye rolls to that last one. Not a lot of people I know have been to the former Soviet Union, let alone ever left the United States. If they had, it was usually Japan or the Middle East because of the military or Europe with some study abroad program. I didn’t really know what to expect in Armenia. To be honest, now that I’ve almost completed my time here, I would say that is the best attitude to have about it.

Leaving for Armenia from the USA usually takes about 24 hours, depending on where you live. I went from Florida to NYC, to Moscow, finally arriving in Yerevan. I arrived during the summer when it was hot, even by this Florida boy’s standards. I got to my host family’s house and got settled in. When the workweek began, I arrived at Armenian Volunteer Corp’s office and they escorted me to my job site interviews where we would discuss our schedules. The Armenian Volunteer Corp’s office is very supportive and helpful. They will provide you with whatever you need, including a local sim card for your phone so that you’ll have an Armenian phone number.

I was assigned to two different job sites to teach English, American Corner and Instigate. American Corner is an organization “with over 650 Spaces in 150 countries worldwide, American Spaces provide welcoming environments where visitors can connect and learn about the United States through programs and lectures, as well as through books, movies, and magazines. Hosted in embassies, schools, libraries, and other partner institutions worldwide, American Spaces are platforms for providing information and engagement through activities”. My job there was to lead the debate and reading clubs. The people at Instigate are “Experts in complex heterogeneous parallel systems development, starting from early design phases, helping with architecture exploration, definition, implementation, orchestrating multidisciplinary teams and projects.” There I was responsible for leading multiple conventional English classes throughout the week.

Both environments were different, which makes teaching English with AVC great if you’re a new teacher like me. It offers you the chance to explore which type of teaching environment you like, such as age groups, levels of proficiency, what type of classes, etc. and gives you the opportunity to fine-tune your teaching style. During my time with American Corner, I would lead the reading and debate clubs. In the reading club, it was my job to find a short story between three to five pages long, create a PDF/Word format for it so that it would be easy to print, and then send it to the person in charge of American Corner who would then print copies. During the reading club, I would hand the copies to each person. The people at American Corner vary in age, from high school to the elderly. For the first thirty minutes, each person would read a paragraph with me correcting any mistakes and answering any questions regarding the context or vocabulary at the end of the paragraph. Upon the completion of the reading, we would then discuss the story as a group.

Debate club took some trial and error, which is why AVC is a great program to start your teaching career. You discover what works for you, your students, and what doesn’t. With the debate club, I would propose some topics to the person in charge of American Corner. Upon approval, I would then conduct research on both sides of the issue and create a PowerPoint presentation. For the first thirty minutes of the session, I would give my PowerPoint presentation. Once completed, the group would then engage in the discussion and debate. I previously mentioned that this took some trial and error. This was because the way I conducted the actual debate during my first few weeks was nothing like how they ended up.

When I began, I tried to divide the class into teams. People who were for one position on one side, people against it on the other. The idea is that if someone from either side found the opposing team’s arguments more convincing, they could then switch sides. At the end of the debate, the team with the most people would win. Each team would have five minutes to prepare their opening remarks like a courtroom, then take turns debating. This, of course, involved too many moving parts to work and it fell apart. Eventually what I ended up doing was creating a “magic microphone” where whoever rose their hand had one minute and thirty seconds to speak, and then I would pass it along to the next person in line. This created an engaging debate session and brought order to chaos. Overall, I enjoyed my time with American Corner immensely and  would have to say that it is a great way to learn what local Armenians think and feel about various issues.

Instigate was more of a formal setting. I was provided with a classroom and a projector in which I could connect my laptop too. To prepare I would find resources online and then present them. These included words, phrases, and idioms of the day to build new vocabulary. Instructional grammar videos and grammar games, as well as “Today in News” and “This Week in History” which included reading, listening, and discussion activities. I would also implement videos such as “Learn English with…” that would take scenes from popular T.V. shows and movies, and then break down and explain different phrases and vocabulary found within the scene shown. At the end of the class, I would usually engage in a casual discussion where I would correct my students if they made any mistakes.

Armenian Volunteer Corps isn’t all just job sites though. As the proverb goes, “all work and no play makes Jack a dull boy.” Looking for adventure? Armenia has a ton of it. During my time here I’ve been to Lake Sevan twice, Gyumri twice, and the Syunik region. The people are friendly and everything is affordable. Armenian Volunteer Corps offers excursions on the weekend, or if you don’t like touring with large groups you can just grab your backpack and go somewhere. During the heat of the Armenian summer, you’ll find Lake Sevan to be very refreshing. The water is extremely cold, but when you come out of the water and walk out under the Armenian summer sun it feels very therapeutic, you’ll feel like a new person. Looking for art museums and culture? Nice cafes to drink coffee or tea outside? Gyumri has a lot of that, and a three-hour train ride will get you there (and a ride on an old soviet train is another adventure in itself). Need some ancient historical sites, great hiking, majestic views and wineries in your life? The Syunik region has your back. There you will find ancient sites that date over 3000 years old, and hiking trails with breathtaking views of the mountains with rivers and waterfalls. The wineries in Syunik? Well, they even impressed my French friends here. If that isn’t a stamp of approval then I don’t know what is.

The Armenian Volunteer Corps provided me with a diverse working environment that will be sure to help you achieve your career goals in whichever path you are pursuing, filled with unique experiences that you will not find anywhere else in the world. Whether your goals may be teaching English abroad in another country after your time in Armenia or returning home to pursue a higher degree in education or English, this program is a great stepping stone to get you there. It’s also an effective way to build a resume’ tailored to an international career if that is what you’re looking to do, the time here is a worthy investment because experience abroad looks great in today’s globalized world. Regardless of your ambition and plans in life, volunteering in Armenia is a great way to give back to the world, and you can look at yourself in the mirror and smile knowing that you helped make that world a better place. You’ll also make some of the closest friends in your life here, who come from all around the world. During my time here I’ve made friends from Armenia, Lebanon, France, and Russia. The bottom line? If you are looking for an affordable and unique place to volunteer that includes a supportive staff and helpful alumni from the program, new friends from around the world, and unique adventures that you aren’t likely to find anywhere else, Armenian Volunteer Corps is the organization to choose.