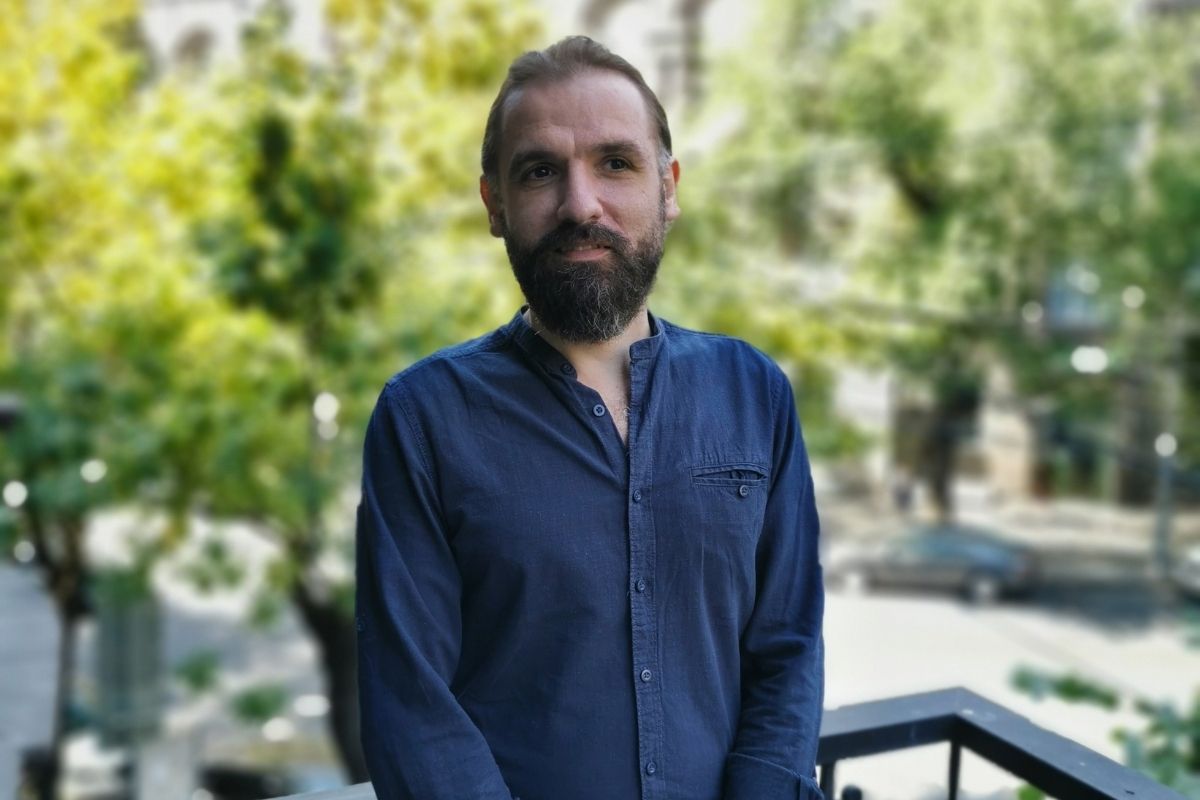 Sarkis Keshichian, an accomplished psychologist, had one goal in mind when he first came to Armenia from Lebanon in 2019 — to find a job to repatriate. Though this attempt wasn’t a success, the last day of his first visit paved the ground for real success. He learned about the Armenian Volunteer Corps right before returning to Beirut, and in 2021, he made the decision to return to Armenia as an AVC volunteer. Two months and two job offers later, Sarkis’ two-year goal became a reality.

Volunteering has always been important for Sarkis. “It’s a way to connect with people and contribute to the growth of Armenia, while creating a better version of myself personally and professionally,” he says.

His second job place, Frontline Therapists, was created in the wake of the 2020 Artsakh war to assist soldiers to recover their mental health. Initially, Sarkis went department by department at the Central Clinical Military Hospital to better understand the needs of those affected by the war. He then worked one-on-one with 40 soldiers, trying to support them with their mental health needs. His experience resulted in a second job offer. Now he will systematically work with soldiers, providing preventative care to ensure each is able to apply the necessary tools in case of mental traumas.

With two offers in hand, Sarkis draws the map of his own future in the homeland. Sarkis’ approach to psychology is more preventive rather than diagnostic. In the future, he plans to establish an institution that will promote self-awareness and self-development in Armenia, empower people to place more emphasis on the significance of mental health, and prevent them from experiencing psychological traumas.