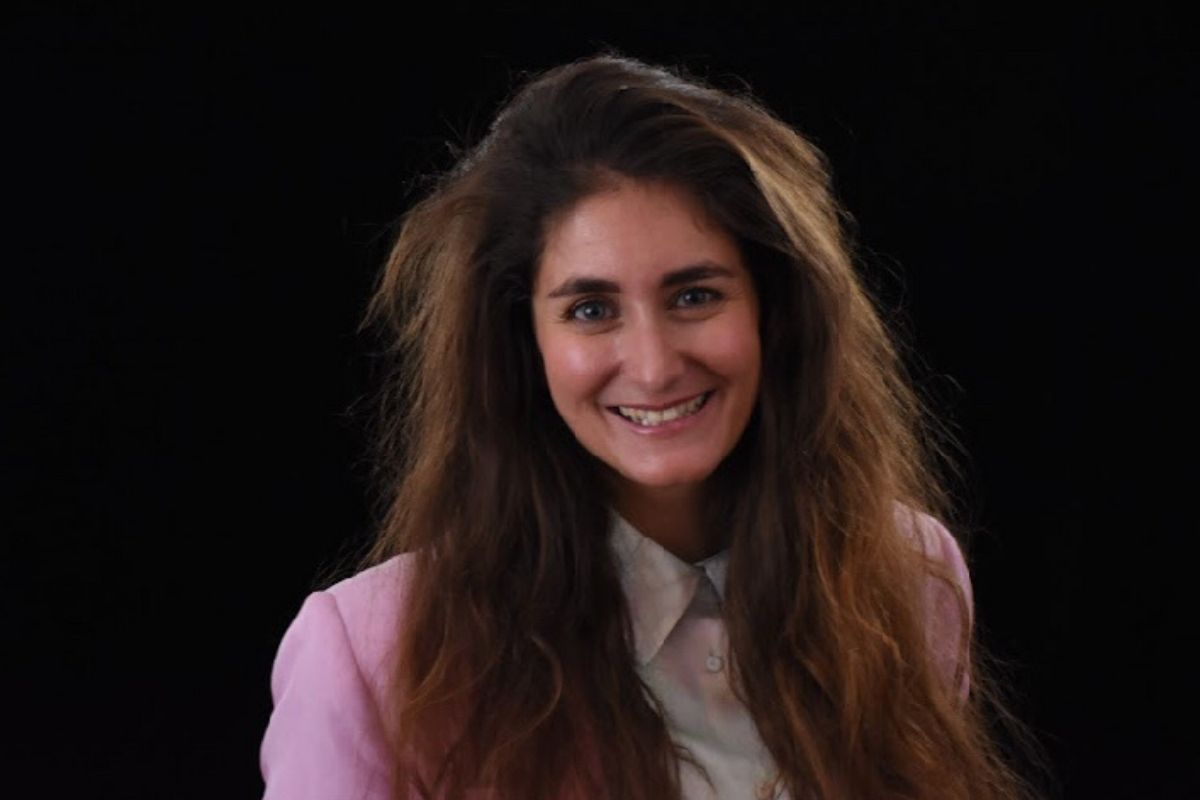 Eva Minassian, a costume designer from France, decided to come to Armenia to create bridges between Armenia and the film industry abroad. Working in the Paris fashion industry, Eva found it superficial and quit everything to embark on something new. After traveling a few years, then settling in Germany, she finally joined AVC’s ProCorps program to volunteer at Order Film Production. Currently, she’s involved in multiple projects, including the post production of the film Zulali. We have interviewed Eva to see what drove her to come to Armenia.

Life Before Coming to Armenia

I went to fashion design and marketing school in Paris and started as a stylist, working for brands like Ralph Lauren, Chanel, and H&M. Some time later, I realized that it is a very superficial industry and I couldn’t find any purpose in it anymore. It was like I am trying to sell people things they don’t need. So I dropped everything and went  traveling.

Taking a bus from Paris to Russia, I travelled all across Russia, lived in Mongolia and China for a few months and finally ended up in Germany. That’s when I started to seriously think about creating a new career for myself. I Knew I was good with clothes and immediately came up with the idea to merge my talent with my interests — costumes and the film industry. As it was not my original industry, it was extremely hard to find something to start. For a year I knocked on every door and at 29 ended up volunteering as a costume designer and gradually got hired over the years.

Reflections on Costume Design as a Profession

When doing a costume design, the history, the period, and the country the setting is in are of high importance. It has a lot of research behind it and it’s better if you have someone who is already into it. You have to read the script and count how many people you have in the script, imagine your characters and make suggestions to the film director. There are also some nuances that you need to take into consideration. Like when the script is indicating it’s raining you have to have several of the same coat, as it’s gonna get wet and you might not get the scene shot from the very first try. So you have to think about it and forecast all the risks.

It’s gonna sound a bit crazy but my favorite thing is to kill people. Because in terms of clothes when you are killing someone there is a lot of art that goes into it — you have to break down the outfit, figure out where it is happening, how it is happening, whether they are drowning of a big shot or whatsoever. So, you have to mess up the clothes for real and obviously use fake blood.  It’s almost like painting or creating something visually.

When the 2020 Artsakh War started, I wanted to volunteer from a humanitarian perspective. After doing some research I came up with Birthright Armenia and AVC, and by contacting I learnt that I can support Armenia not only through humanitarian assistance but also with my expertise. So, I joined AVC’s Professional Corps program and came to create bridges between Armenia and the film industry abroad.

Upon my arrival I started to volunteer with My Armenia project. It was quite an interesting experience, as I helped them produce promotional videos, focusing all around Armenia, including the remote places to show what else is there. Then I joined Order Film Production for which I was really happy. They are particularly open-minded and want to expand, be open to the world, and meet foreign producers. Just like they do, I believe that the film industry is a global one, and Armenia is a perfect place to attract foreign production. Its expansion will create new jobs, engage more expertise, and improve the local production quality-wise. It’s like an ecosystem in itself.

Right now I am working on multiple projects: a featured film on Artavazd Peleshyan, featured documentaries on the Yazidi community, on famous Armenian composer Tigran Mansuryan, and on the issues of selective abortion in Armenia. Besides, I have been actively engaged in the post-production phase of already released films, such as Zulali. With the latter, I helped create the English and French subtitles and have been promoting it by applying to various film festivals.

On the side of all this, I am working on creating a Film Commission in Armenia, which will centralize the logistics for any foreign production interested in filming in Armenia. That includes accommodation, local technicians, local skills, locations, all of that. We don’t have one and we really need it. As an example, when Game of Thrones decided to do shooting in Jordan, that country created a film commission as one did not exist. Now the series is finished but people still go there to see the place. So it brings tourism afterwards. Film commission makes it easier. They interact with only one organization that does everything else for them. They don’t have to find a location, accommodation for themselves, etc.

Upon her final remarks, Eva said that initially she was planning to volunteer with AVC until October 2021, “but it’s already October, and I am still here,” she notes laughing. She will extend her stay until December and return to France. But she will come back in a couple of months, as the projects she is working on are long-term and she wants to see them through.