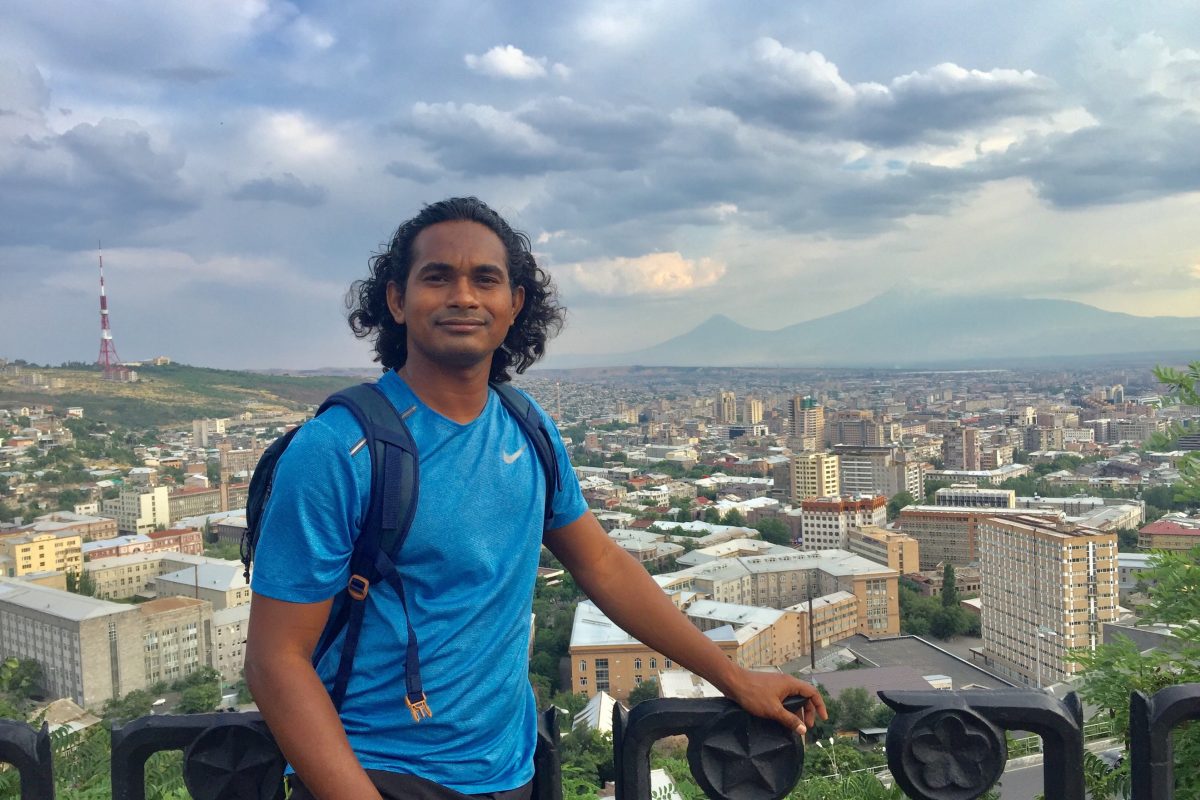 I hadn’t heard the name “Armenia”. Neither did I know it existed on the world map until I had an Armenian student attending my yoga classes in India who opened up this new country to me.
My name is Praveen Maripelly. I am an India-based a visual artist, yoga teacher, and STEAM educator with extensive experience in these fields. I have been serving in Yoganiketan (NGO) for eight years. I give free yoga classes and exhibit my artworks all over Inda and Abroad.
I have also been teaching as STEAM educator at Cygnus world school for 5 years in Vadodara, India. Recently, I have also been searching for new ways to promote yoga. I have been experimenting with the concept of mindfulness by mixing it with Visual arts, new technologies, painting.
I reach out to new communities for promoting traditional Indian yoga in a new way. Going abroad for this purpose was only an idea for me until my Armenian student shared with me the idea of volunteering in Armenia.
The plan would be to do public events to introduce traditional yoga to Armenians and collaborate with local yoga centers.

Volunteering experience:
And there it started. I applied for the Armenian Volunteer Corps volunteering program for professionals in April and arrived in Armenia in June right after the International Yoga Day.
Since July I am an AVC volunteer living in Yerevan, having yoga classes and workshops at Shoonch and Namastay yoga centers as well as at AVC office for the staff and the volunteers.
I have also been running woodcut workshops for children at Terracota Studios in Yerevan and Vanadzor. The experience at Terracota Studios has been challenging and enthralling at the same time. It has been amazing to see how the children at the studios communicate with a new teacher. They wanted to learn and explore new techniques in the arts. Kids were excited to see the final results – a print on the paper made through a wood carving. These kids were different, not like other attached to their phones and gadgets staying at home most of the time. 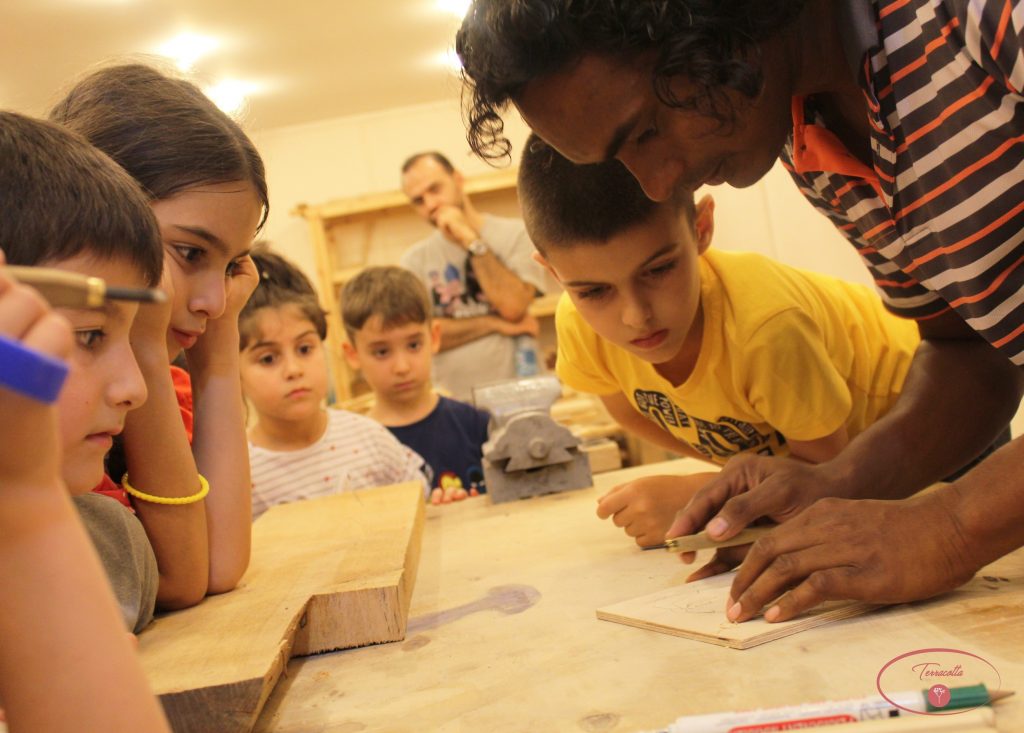 So far, the volunteering experience has been good and challenging at the same time. It is now I understand that one thing in two different countries can be a different experience. Yoga in India is a lifestyle rooted in the daily life of Indians, whereas here people see it in a different way – a hobby, sports, a religion, and so on. During this time, I have found out how modern times have changed the meaning of traditional yoga so much, making it a commercial experience.
Moreover, I have realized that one’s previous experience doesn’t matter when you are in a new place. Here the most important is how you adapt and connect to the new place and people. And here is when the hardest part starts when you need to mingle with the locals and find your place among them. But all in all, I highly appreciate this kind of challenges as they open up new ways for me to grow emotionally, mentally, physically. These also help to learn new ways of communicating and sharing your ideas and knowledge, especially when you are sharing your professional skills with the locals.
Other than the challenges of trying to understand the new culture, settle and establish myself in the new place even for a short period of time, this volunteering experience, I may say, has still been outstanding as I have got a great chance to explore this historical and spiritual land with a very rich cultural heritage.
Exploring Armenia:
All say Armenia is a small country. Let me tell about its enormous historical and cultural heritage which I have been exploring during weekends and in between volunteering commitments.
One of the most enthralling places I have been to is Areni-1 cave in Vayots Dzor province which is a 6100-year-old winery discovered in 2007. During the excavations, archaeologists have also found the oldest in the world 5,500-year-old leather shoe of size 37 (EU standard) which has been preserved in a near-perfect condition due to favorable conditions within the cave. 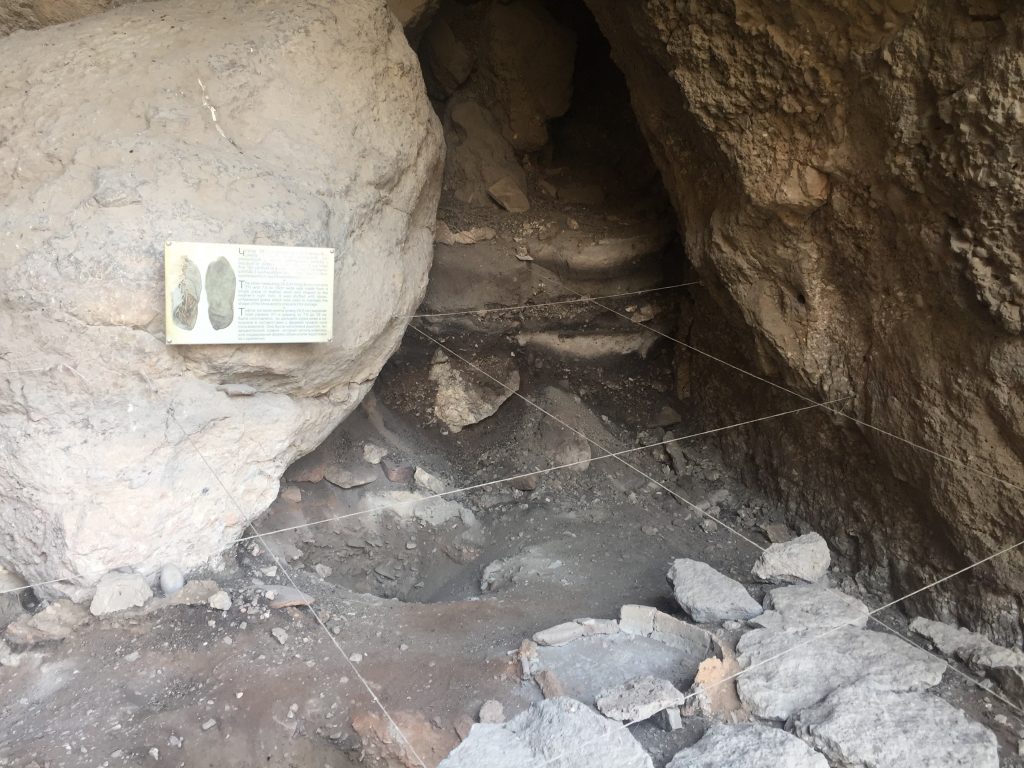 Another favorite place I have found is Gyumri the establishment of which dates back to the 8th century BC (Kumayri). The city is so lively with such positive energy and, most importantly it has a very vivid arts scene. The arts scene has been impressive not only in Gyumri. Yerevan and the other cites I managed to visit (Vanadzor, Dilijan) have also been alluring with so many mountains, sculptures, interesting installations, and artworks in museums. 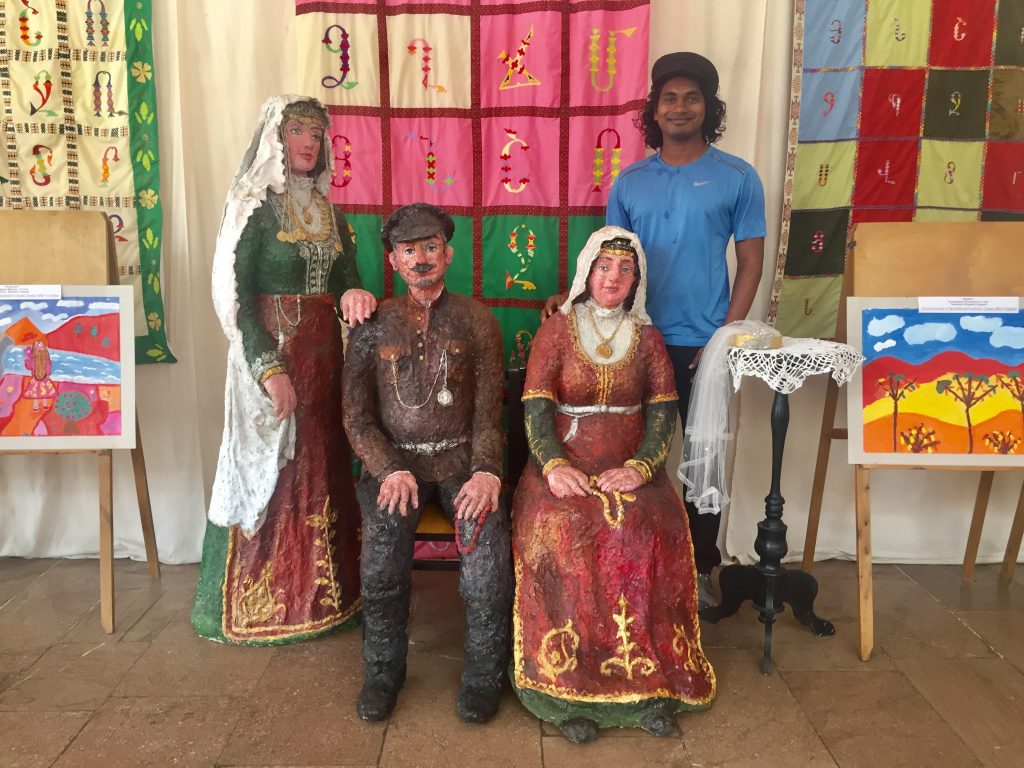 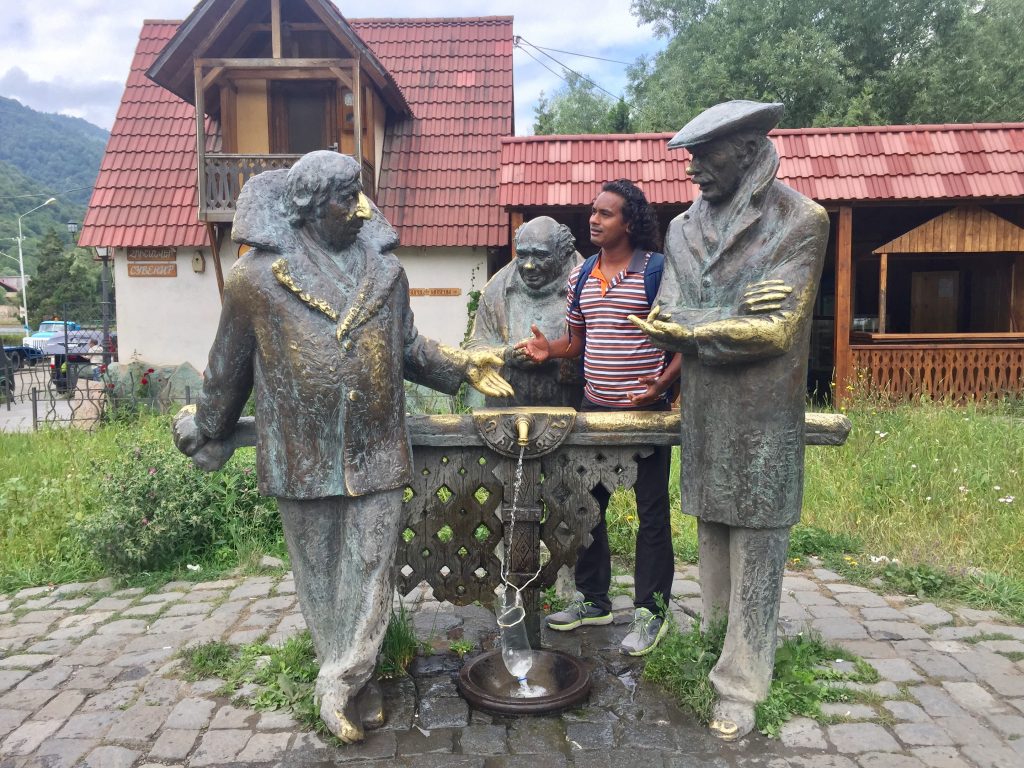 I can continue this list adding Matenadaran, Echmiadzin, Garni and Geghard, Khor Virap, Noravank, Ashtarak, Kari and Sevan lakes and many other places from my “Favorites” list.
I also enjoyed AVC excursions, where so many interesting people gathered together to chase their great wish to explore Armenia. I am happy some of them have become good comrades to spend time with.
To sum up, I am forever grateful for this opportunity which AVC granted me, for the opportunity to experience the Armenian culture, to share as well as learn new knowledge, to open up new perspectives for growth, and simply for a good time spent in this place. I am sure; this is a life-changing experience which will have its impact during the time, should I not realize it now.