Working with the Armenian Volunteer Corps 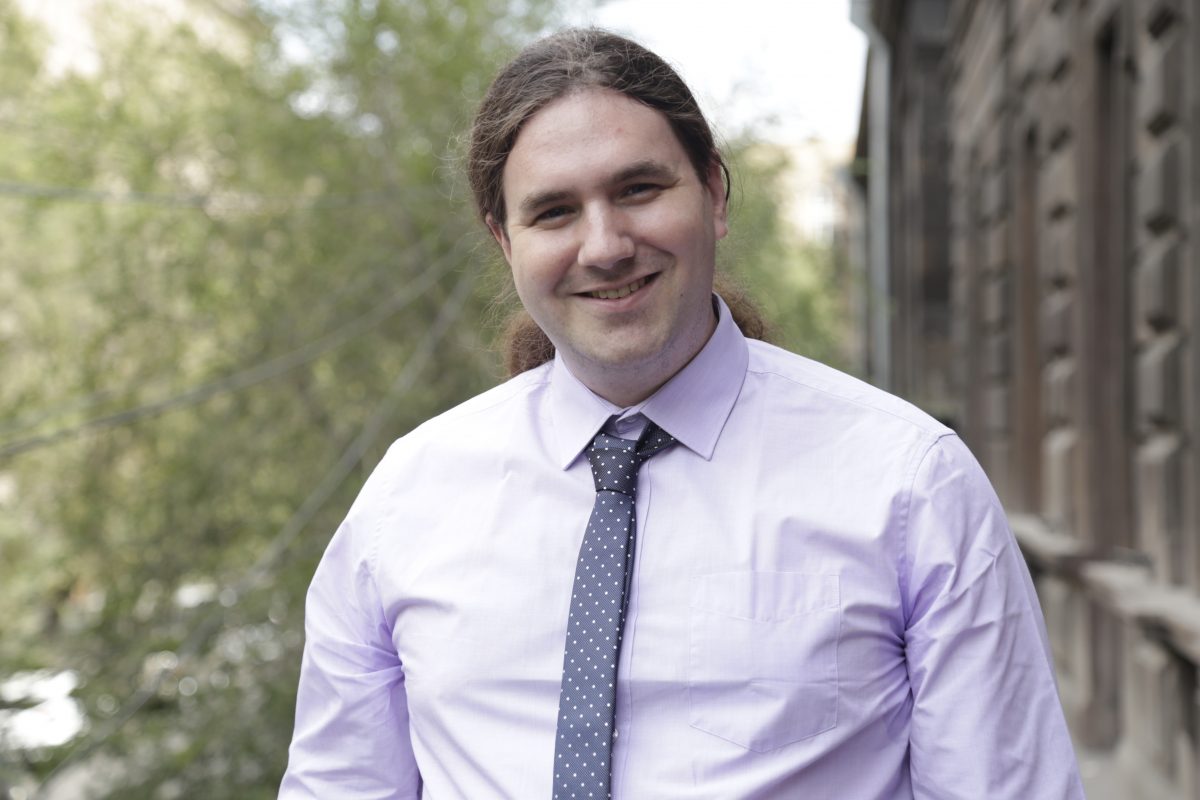 As a trainee healthcare scientist on the National School of Healthcare and Science (NSH) my training includes an elective, where I can go and experience some aspects of healthcare science that are outside the scope of my usual training environment. Some of my colleagues have volunteered abroad for their electives, so I thought, why couldn’t I do the same? And where would I go?
I decided to go to Armenia, a country in the Caucasus Mountains between the Black Sea and the Caspian Sea, where Europe meets the Middle East. How could I volunteer there? I googled “volunteering in Armenia,” and found the Armenian Volunteer Corps (AVC). Armenia isn’t a very well known country in England, and some of my colleagues hadn’t even heard of it! I know of it from my girlfriend’s family, who have Armenian ancestry, and my visits to Manchester’s Armenian Taverna.
AVC has a huge variety of volunteering opportunities. I met lots of other volunteers who were volunteering in so many places in Armenia and from so many different backgrounds in their home countries and their own reasons for coming to Armenia. AVC set me up with two placements, which I worked at on alternate days. These were the Institute of Molecular Biology and For You NGO in Nor Kharberd, which runs a home for children. These placements were great for my STP elective, as they covered the complete range of what a healthcare scientist does.
My main placement was at the Institute of Molecular Biology, where I joined the bioinformatics group of Arsen Arakelyan. Being a bioinformatics trainee this was a great way to apply my skills in a new environment. Being new to the group and staying a relatively short period, I wanted to be useful quickly to make the most of my time during my service. I identified a couple of projects that I could quickly make myself useful in, and also gave me an interesting way of completing some of my specialist modules in England. I also gave a talk to some Armenian high school students about how interesting science is as a career, about how the UK’s health service runs (it is very different in Armenia) and the role of healthcare scientists within it.
My smaller placement was with For You NGO, where I helped look after children, a lot of whom had disabilities that the patients of the genetics service I work for in England have. I’ve not had much experience with very young children before, so this was a completely new experience for me. I helped feed and play with the children, and took them horse riding (known as hippotherapy) and for walks around the grounds. Over time I developed bonds with some of the children, and I now feel better able to empathize with patients who I meet home. As a bioinformatics trainee, I don’t tend to have much patient contact, so this was a very rewarding experience for me.
Armenia is a beautiful country. I was staying with a host family (as AVC encourages us to do) and my host mother was lovely, making me lots of delicious Armenian food. I especially enjoyed the dolma (stuffed vegetables), khorovats (kebabs), harissa (wheat and chicken porridge) and khash (cows feet soup, much better than it sounds). She also encouraged me to explore Yerevan in my spare time, which I did, visiting Tsitsinakaberd, the Ararat brandy factory, Erebuni, and Sardarapat. AVC also has lots of events and excursions I could take part in. I had Armenian language classes in the evenings twice a week, discussion forums and visits to things in Yerevan (such as the Impact Hub), and at weekends there were excursions outside Yerevan, which were a great way to learn about and explore more of the country. I went to Smbataberd, Areni, and on a bike ride from Amberd to Ashtarak. Best of all, Armenians are incredibly hospitable, and I have made so many friends in Armenia.
I was sad to leave Armenia, and I will definitely be back! I will especially miss the children at For You NGO who I could see how much they appreciated my service, but also all my colleagues from IMB and For You NGO, the other volunteers and staff at AVC, and my host family. Until I return, I’ll have to see if my butcher can get some cows feet for me to make khash at home!